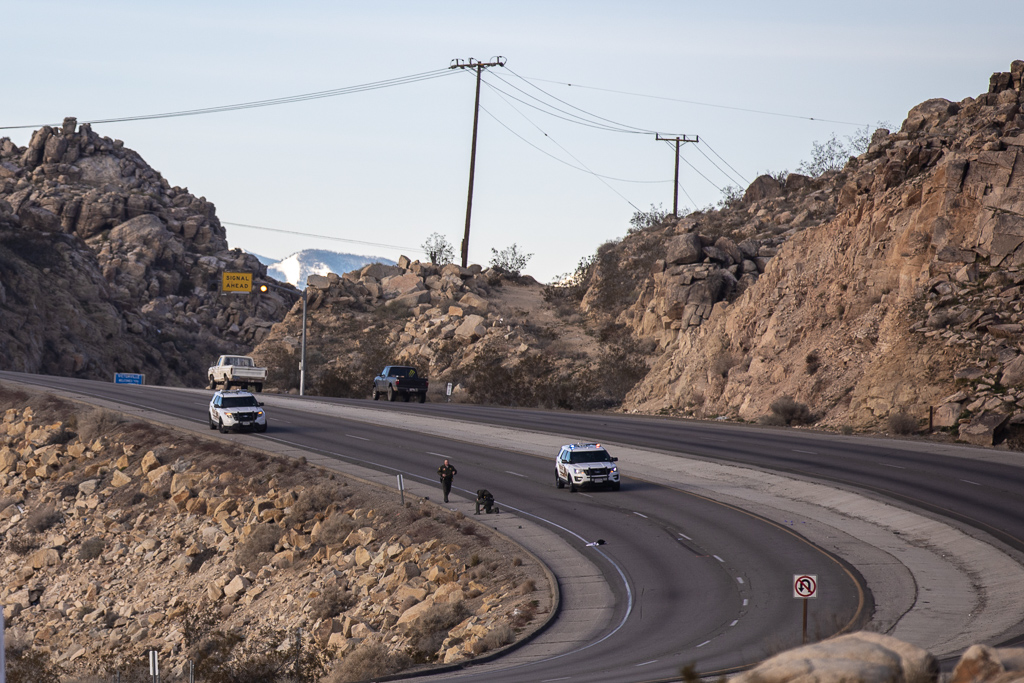 UPDATE 1/27 @ 1:00 PM —  MAIT investigators believe the victim was struck by an unknown vehicle which fled the scene without rendering aid or calling for emergency services.

Deputies are seeking additional witnesses and a with information is encouraged to contact Deputy Stuart Cullum at 760-240-7400. Callers wishing to remain anonymous may contact WeTip at (800)78-CRIME or www.wetip.com.

APPLE VALLEY, Calif. (VVNG.com) — A stretch of Highway 18 was closed for several hours after bystanders found a woman’s body in the middle of the roadway early Sunday morning.

At about 4:40 am, deputies from the Apple Valley station responded to the report of a person down on Highway 18 near Apple Valley Road.

Tabatha Marie and her husband were driving by the area and immediately stopped and called 911 after they saw a woman’s body in the eastbound lanes of highway 18. Tabatha said CPR was being performed on the woman.

Sheriff’s spokeswoman Jodi Miller told Victor Valley News, “the victim was transported to a local area hospital where she was pronounced deceased.”

Eastbound Highway 18 heading into the town of Apple Valley was closed at Stoddard Wells Road for several hours.

Miller said deputies with the Major Accident Investigation Team (MAIT) responded and are conducting the investigation to determine what may have occurred.

The roadway was reopened at about 8:30 am.