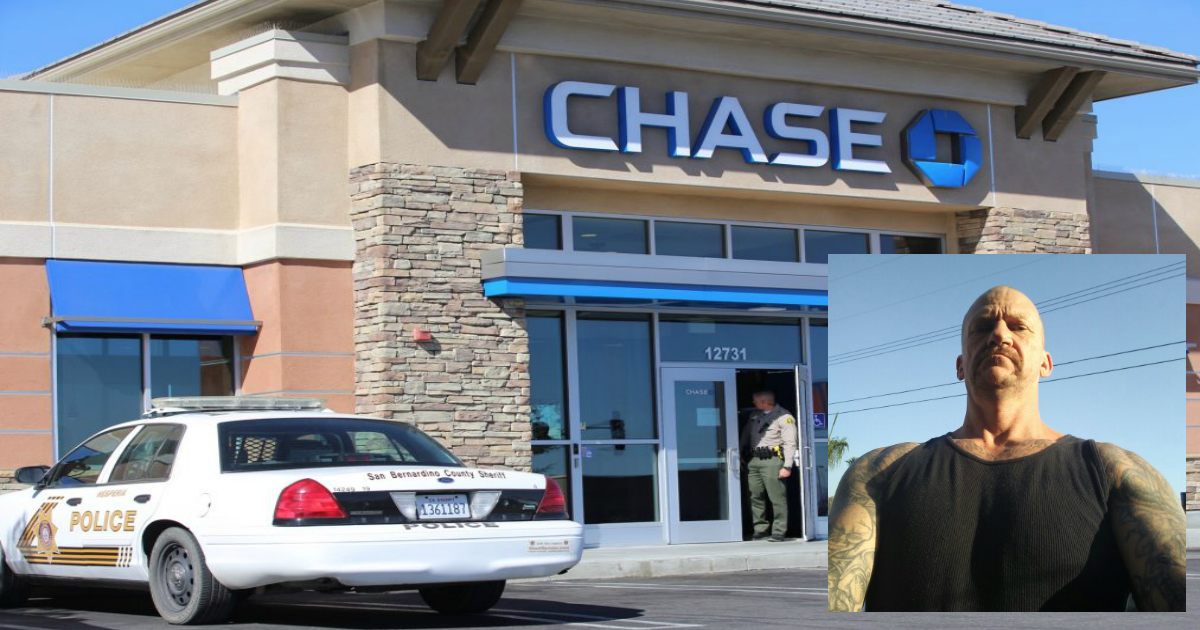 HESPERIA, Calif.(VVNG.com)– Authorities have announced the arrest of a 50-year-old Highland man who previously attempted to rob a Chase Bank in Hesperia.

Victor Valley News first reported on the attempted robbery at the Chase Bank in the Target shopping center on Friday, October 21, 2016.

At about 10:20 a.m., the suspect, later identified as Ricky Dean Peters, walked into the branch and handed a threatening note to a bank teller demanding money.

“Concerned for the safety of employees as well as members of the bank, the teller agreed to fulfill the demand. As the teller was following directions from the robber, the robber reportedly began to panic and fled the bank on foot,” according to authorities.

Investigators from the Hesperia Detective Bureau were later able to identify the suspect as Ricky Peters.

On December 14th, 2016, investigators from the Hesperia Station and Regional Valley Gang Team served a search warrant at suspect Peters’ residence on Cole Avenue in Highland. Investigators recovered clothing believed to have been worn by the suspect during the robbery.

Peters was arrested and booked into the Central Detention Center for PC664/211-attempt robbery and is currently being held in lieu of $125,000 bail. He is scheduled to appear in a Victorville courtroom on December 19th at 8:30 a.m.