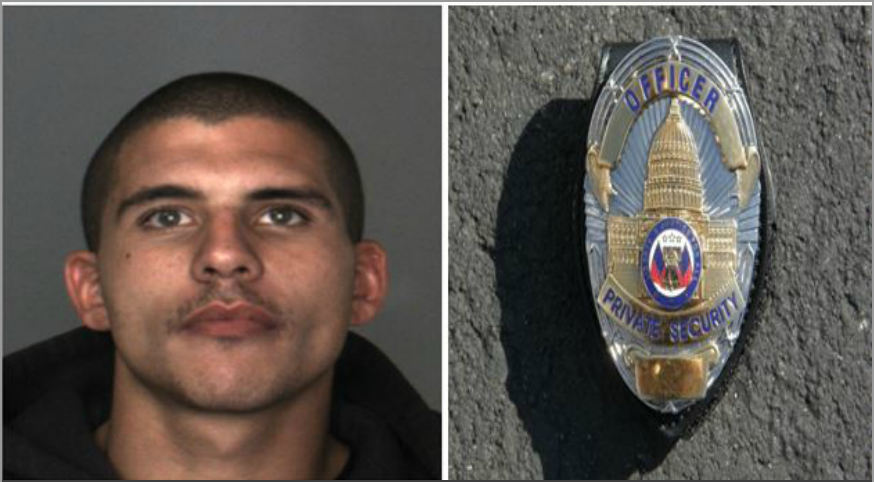 The driver was identified as career criminal, Kory Charleton, 23, from Highland. Charlton was found to be driving under the influence of drugs and was arrested. He is also on Felony Probation for Grand Theft Auto. During a search of the Crown Victoria, investigators located a police scanner, replica police badge, and burglary tools. The Crown Victoria was also equipped with illegal emergency lights and a siren. Investigators found anonymous police reports identifying Charleton driving through his neighborhood, in the 26700 block of 14th Street in Highland, with the emergency lights and sirens activated.

Investigators are searching for possible victims that may have been stopped or contacted by this suspect acting as a police officer. Photos of the actual Crown Victoria and a booking photo of Charleton are included in this press release for identification purposes.