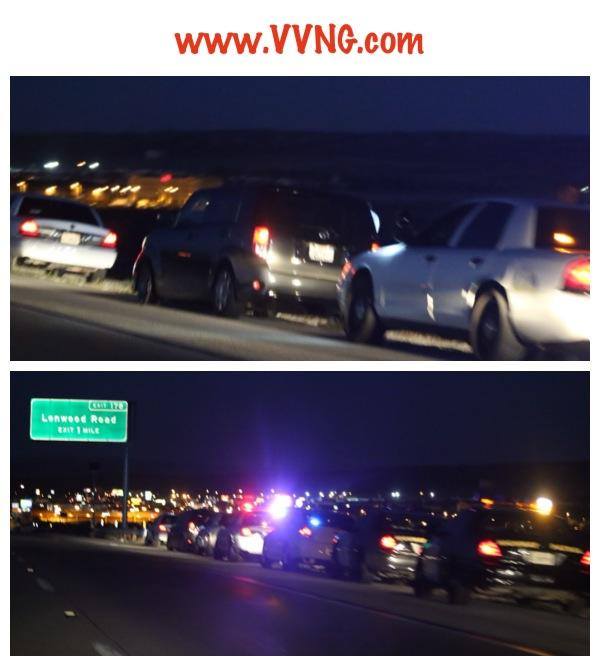 On September 9, 2013 a 14 year old female reported to Hesperia Deputy Vince Balsitis that she had been a victim of sexual abuse. Hesperia Detectives were called to assist in the investigation. The suspect was identified 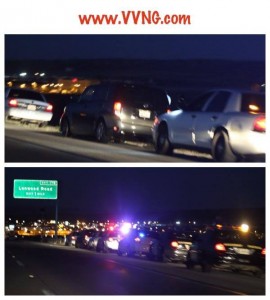 as Timothy Lee, 33, of Hesperia. Lee was arrested but released pending further follow up regarding this case. Following investigative leads Detectives discovered an additional victim, a 17 year old female. Detectives believe the suspect fathered a child with the 17 year old. Based upon the totality of circumstances, an arrest warrant was issued for Lee.

On Tuesday September 17 at about 3:45 p.m., Hesperia School Police Officers reported the suspect was at Oak Hills High School attempting to contact the 2nd victim. With the assistance of Deputies from the Hesperia Gang Team, Detectives located the vehicle in the area of Main Street and 7th Avenue. Deputies attempted a traffic stop however the suspect fled. Suspect Lee travelled through Hesperia onto the northbound I15. He continued northbound 15 ignoring the lights and sirens of pursuing Sheriff’s patrol vehicles. Air support was provided by the Sheriff’s helicopter. CHP assisted San Bernardino County Sheriff in the pursuit and deployed spike strips. The pursuit ended safely when the vehicle was immobilized near Hodge Road. Lee was taken into custody without incident.

Timothy Lee was arrested and booked at Victor Valley Jail for PC288.5(a), continuous sexual abuse of a child; PC288(a), lewd and lascivious acts with child under 14; Lewd and Lascivious acts with child more than 10 years younger. He is being held on $350,000 bail. Lee faces additional charges related to the 1st abuse victim and the felony evading.