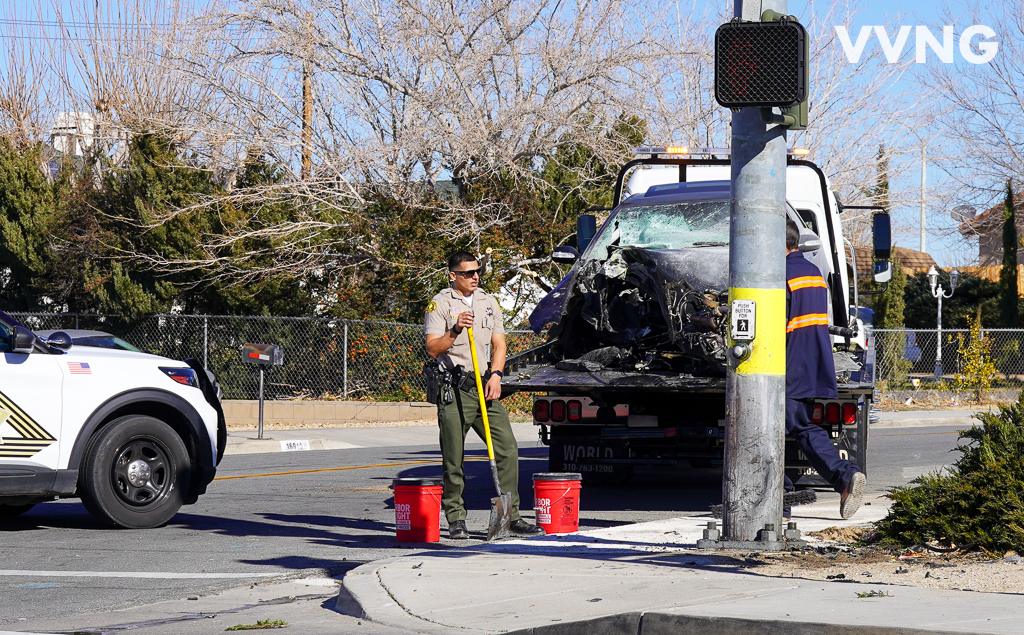 VICTORVILLE, Calif. (VVNG.com) — A high speed pursuit suspect was injured after crashing into a light pole on Christmas Day in Victorville.

It happened at about 12:21 pm, on December 25, 2022, when deputies from the Victorville Police Department attempted a traffic stop on an older model Mercedes for a vehicle code violation.

Sheriff’s spokeswoman Gloria Huerta told VVNG the driver initially stopped but then fled at a high rate of speed, southbound on Hesperia Road.

The driver ran red lights and attempted an eastbound turn on Cherryhill but lost control and crashed into a light pole.

“The driver exited the vehicle, surrendered, and was transported to a hospital for minor injuries,” stated Huerta.

VVNG asked if the suspect would be arrested after his release from the hospital and sheriff’s officials said a report is being sent to the DA’s office for review.