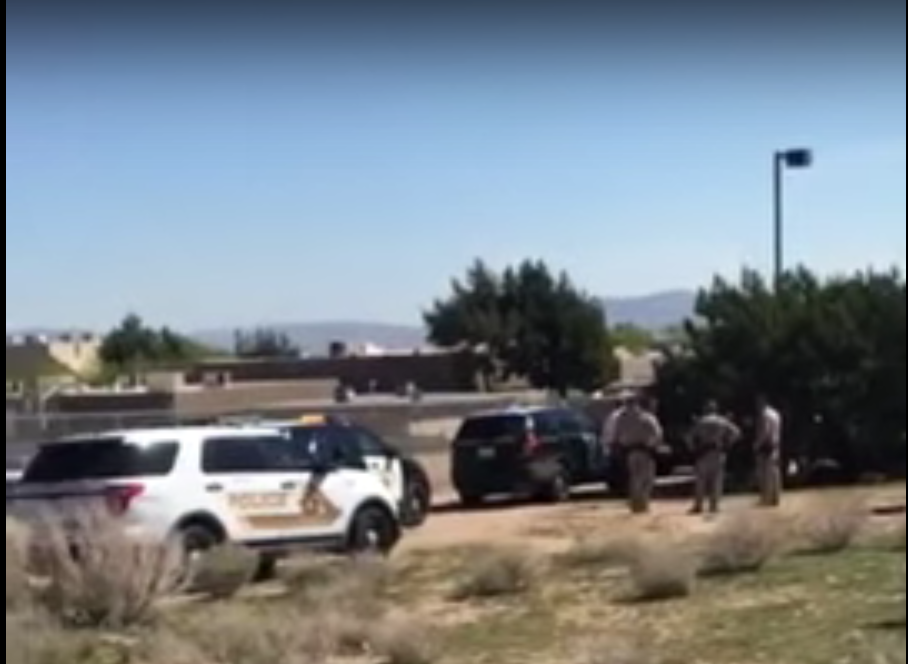 HESPERIA-(VVNG.com):  A high-speed pursuit ended in Hesperia on Wednesday morning, temporarily placing Hesperia High School on lockdown. The pursuit of the 2001 tan GMC Yukon began in Rancho Cucamonga on the I-15 freeway near Summit at around 10:24 a.m.

CHP Spokesman, Brian Alvarez told Victor Valley News that the stop was being conducted for a traffic violation. The pursuit continued at speeds in excess of 100 miles per hour through the Cajon Pass. “Once the SBSO helicopter got involved, the patrol vehicle units discontinued pursuing for the safety of the public,” said Alvarez.

The Sheriff’s helicopter told ground units that the vehicle was abandoned near the Stater Bros shopping center near Main Street and Maple Avenue. The pilot was able to guide the ground units to where the suspect was walking and he was taken into custody without incident. The suspect, 19-year-old Hesperia resident Saul C. Sanchez was arrested for a possession of a stolen vehicle, evading police and driving under the influence.