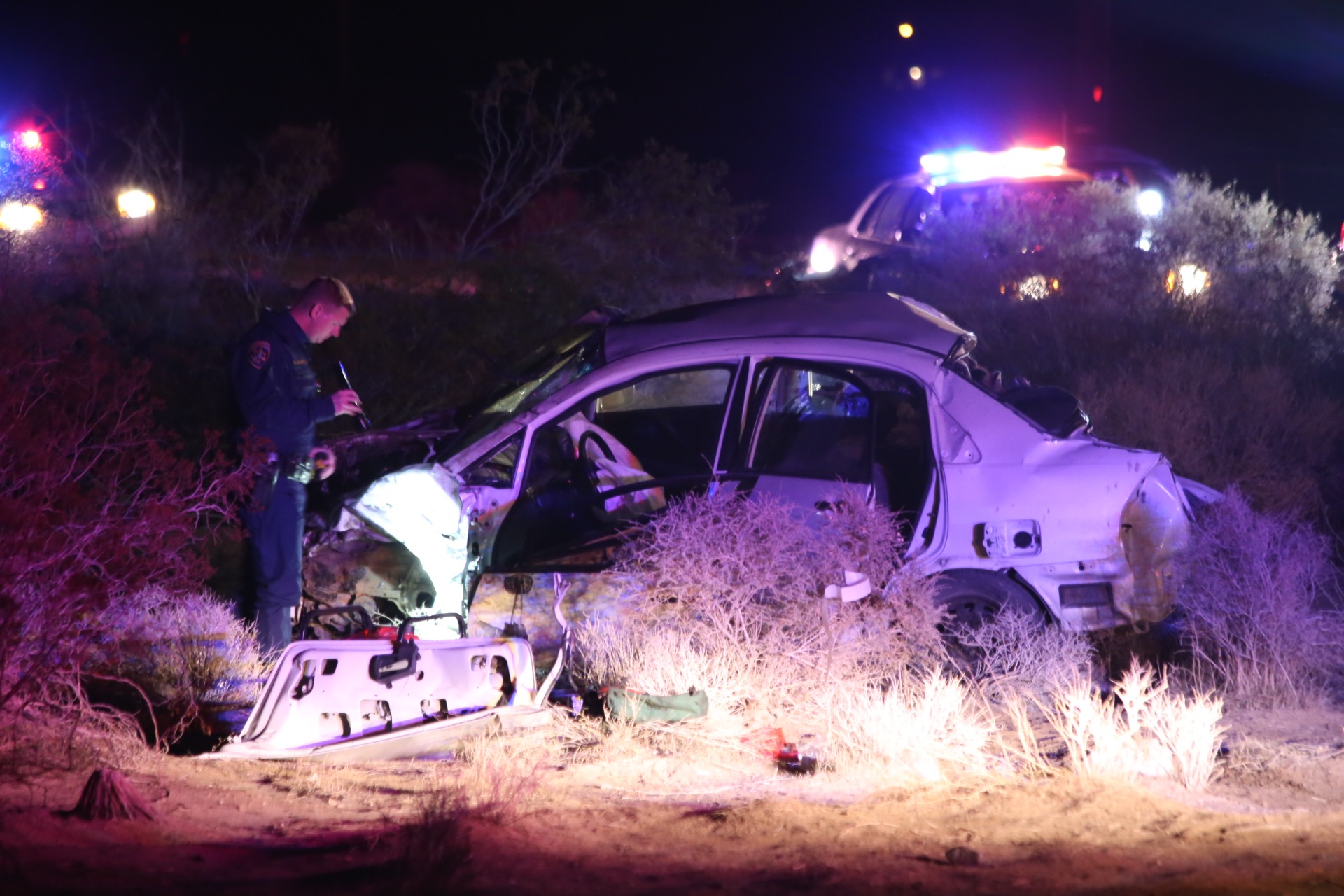 VICTORVILLE: Police officers were involved in a high-speed pursuit early Sunday involving a suspected DUI driver. The pursuit began around 1:10 a.m. in the area of Center street and Hesperia road in Victorville after an officer attempted to pull over the vehicle and the driver failed to yield.

The suspect, driving at speeds topping 110 mph, took officers from downtown Victorville, through Adelanto before for nearly 20 minutes, before wrecking his vehicle in Phelan.

The dangerous high-speed pursuit ended at 1:24 a.m. when the driver lost control and rolled into the desert as he headed west bound on Palmdale road west of Wilson Ranch. During the pursuit the driver led police weaving through surface streets as he narrowly missed fellow motorists and, at times, drove on the wrong side of the roadway.

Mercy Air 22 was requested to transport the suspect via air ambulance to Antelope Valley Hospital, his injuries are unknown. No further details regarding the incident are available at this time.

With the New Year holiday right around the corner here’s a few things to consider:

Despite all the warnings, public awareness and educational programs, stiffer penalties for violations, and efforts by law enforcement agencies across the nation to be more visible and diligent in protecting the highways, people will still get behind the wheel of their vehicles while intoxicated.

Motor vehicle wrecks are the leading cause of death in the United States for persons under age 24, according to the Centers for Disease Control and Prevention Morbidity and Mortality Reports. Of those deaths, more than 40 percent are alcohol-related.

Alcohol-related accidents are so prevalent, an estimated 40 percent of all persons in the United States will be involved in a traffic mishap blamed on alcohol at some point in their lives.

Play it smart during weekends and holidays. If you plan to party away from home — and this includes on the water — be sure to appoint a designated driver for the car or operator of the boat. Whatever you do, don’t get behind the wheel if you’ve been drinking.