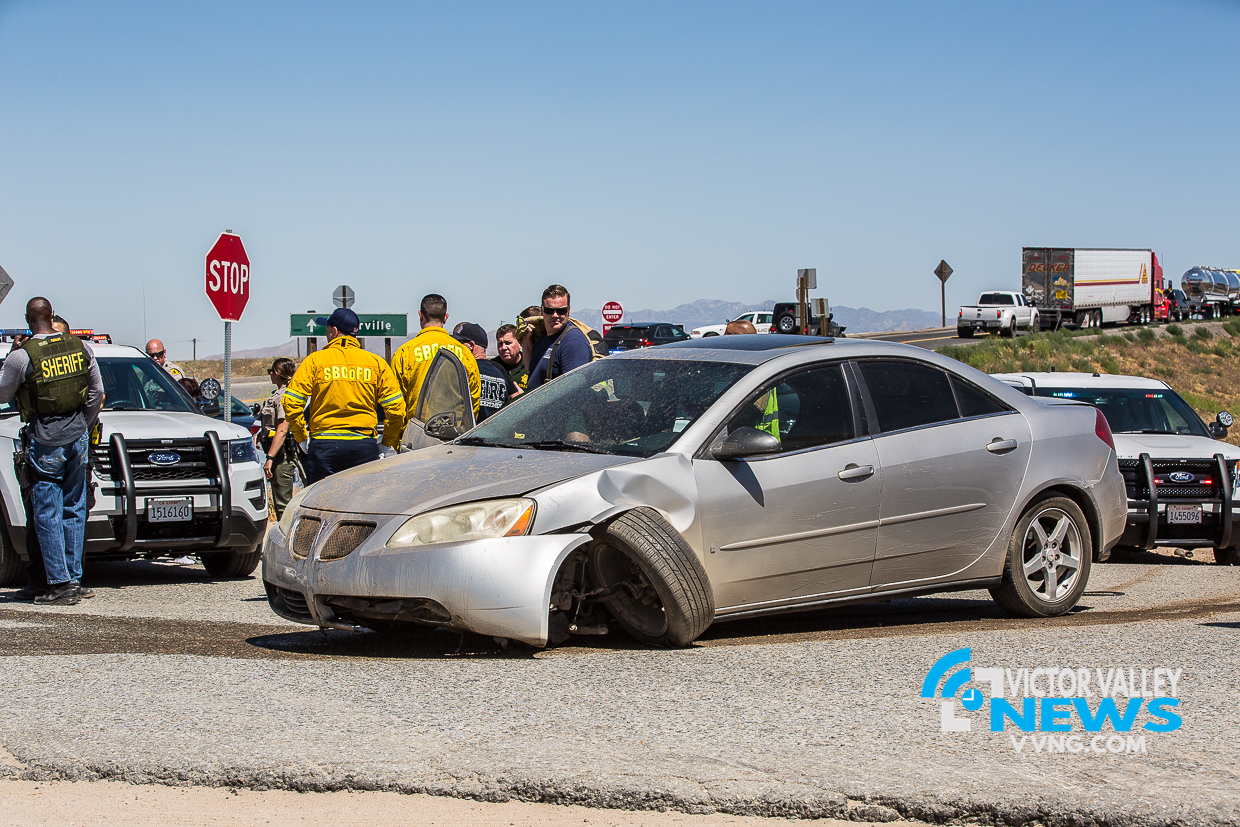 HESPERIA, Calif. (VVNG.com) Two people were taken into custody after a driver led officers on a dangerous high-speed pursuit on the I-15 freeway.

At about 2:15 p.m. Deputy Garcia located the vehicle with a female driver and male passenger on D Street at the southbound I-15 freeway.

Deputy Garcia initiated a traffic stop and the vehicle began to yield.

“At that point, the male passenger reached over the seat and you could see his arms swing up from the top to the bottom towards the gas,” stated Garcia.

The vehicle continued driving erratic at speeds of 110mph on the southbound 15 freeway. Per scanner reports the vehicle was weaving in and out of traffic sideswiping a van south of Bear Valley Road.

The pursuit terminated as the vehicle exited on Joshua Street the driver lost control and crashed just east of Highway 395.

The male and female were detained without further incident.

“At the beginning of the pursuit, the male was forcing the female to push down on the gas. After he stopped she continued driving and failed to yield,” said Garcia.

According to Garcia, the male will be arrested for false imprisonment and the female faces felony evading charges.

Male suspect sitting in the back of a patrol vehicle. (Hugo C. Valdez, Victor Valley News)