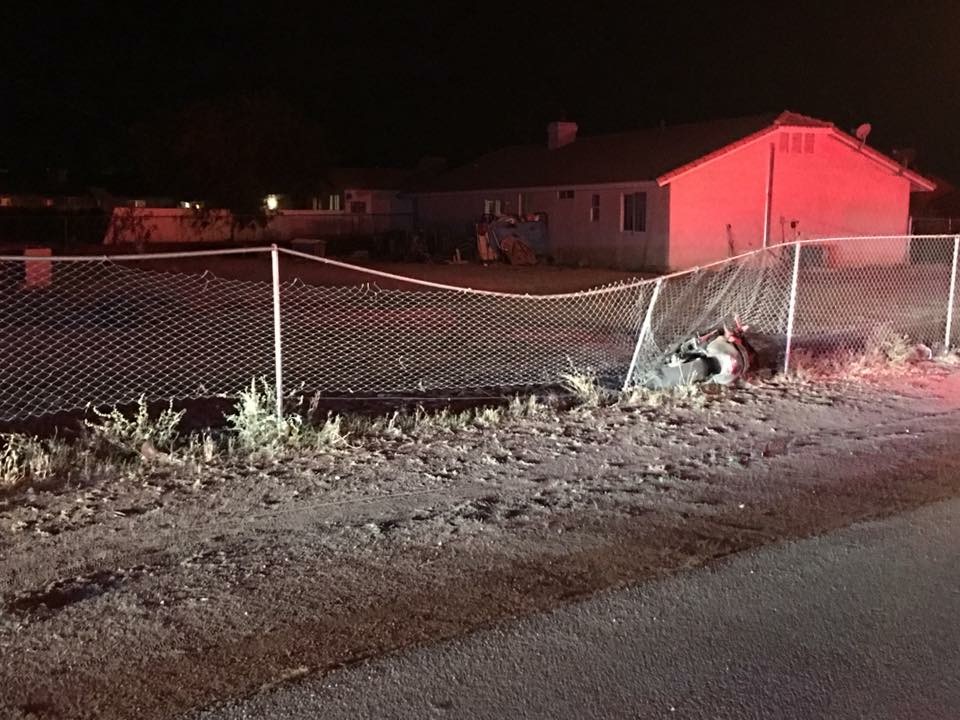 APPLE VALLEY:(VVNG.com)- A suspect involved in a high-speed pursuit was seriously injured after crashing his motorcycle.

At about 12:32 AM., on Sunday, June 12th an officer spotted a street bike going in excess of 100 MPH. The officer attempted to perform a traffic stop on Rincon and that’s when the pursuit started.

The male rider failed to yield and continued traveling at speeds in excess of 80-100 MPH through residential streets.

The high-speed pursuit came to an end when the suspect crashed into a chain linked fence in the area of Rancherias Road near Mohawk Road in Apple Valley. According to witnesses, the suspect was thrown approximately 20 feet from his bike.

Due to the suspect’s injuries, an air ambulance was requested to transport the subject to a trauma hospital. There is currently no update on the suspects condition.