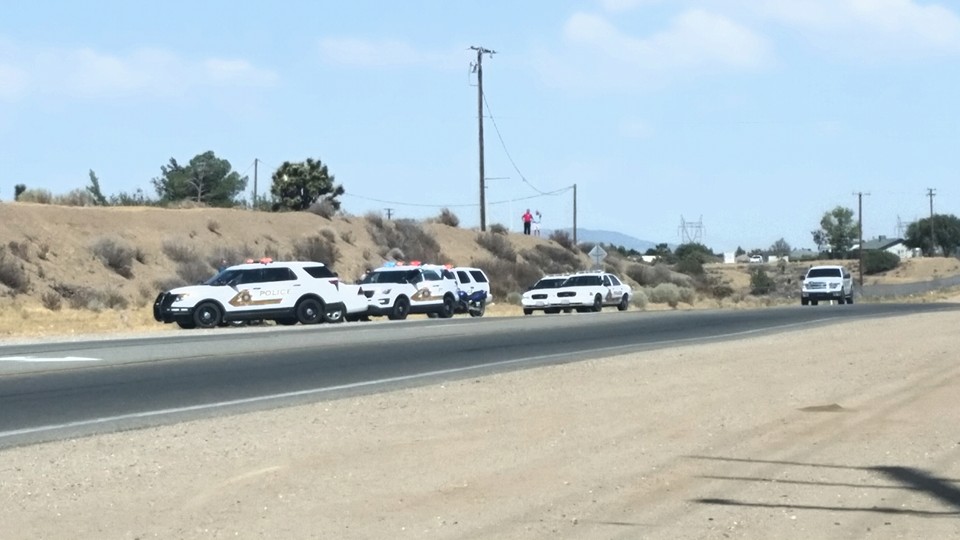 At about 3:00 p.m. on July 26th a Hesperia deputy attempted a traffic stop on a blue street bike in the area of C Avenue.

The rider, described as a Hispanic male adult wearing a black tank top and a black helmet continued westbound on Lemon blowing through stop signs and traveling at a high-rate of speed.

The pursuit came to an end on Phelan Road near Macron Street. The suspect ditched the motorcycle and ran northbound through the desert. He was apprehended and taken into custody.

According to sheriff’s spokeswoman Karen Hunt, the motorcycle involved in the pursuit turned out to be stolen. More information will be updated as it becomes available.

For the latest news in real-time be sure to join our Facebook group with over 69,000 members: Victor Valley News