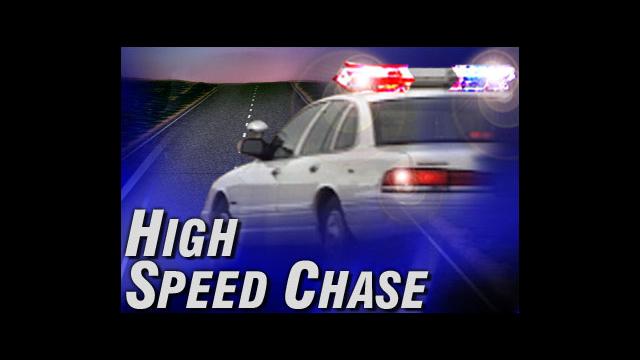 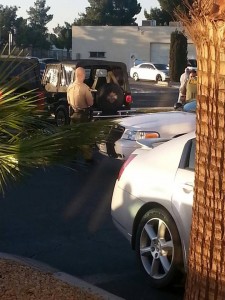 VICTORVILLE: An unidentified male suspect has been arrested after leading police on a high-speed chase pursuit through Victorville. The suspect vehicle is a black Jeep, and at this time the reason for the pursuit is unknown. It’s reported the driver allegedly drove dangerously on residential streets while blowing through stop signs and traffic signals before eventually stopping  in the World Gym parking lot off Park avenue in Victorville.

According to scanner traffic, the male subject bailed from the vehicle running a small distance and was eventually detained a few moments later.

An anonymous witness called dispatch and reported seeing the suspect throw something from the vehicle, possibly a weapon along Dos Palmas around the time the pursuit began.

After a brief search a Victorville Police officer located the shotgun in near by bushes on Dos Palmas near Cahuenga st.

Join our newsgroup to stay on top of the action with over 21,600 members!