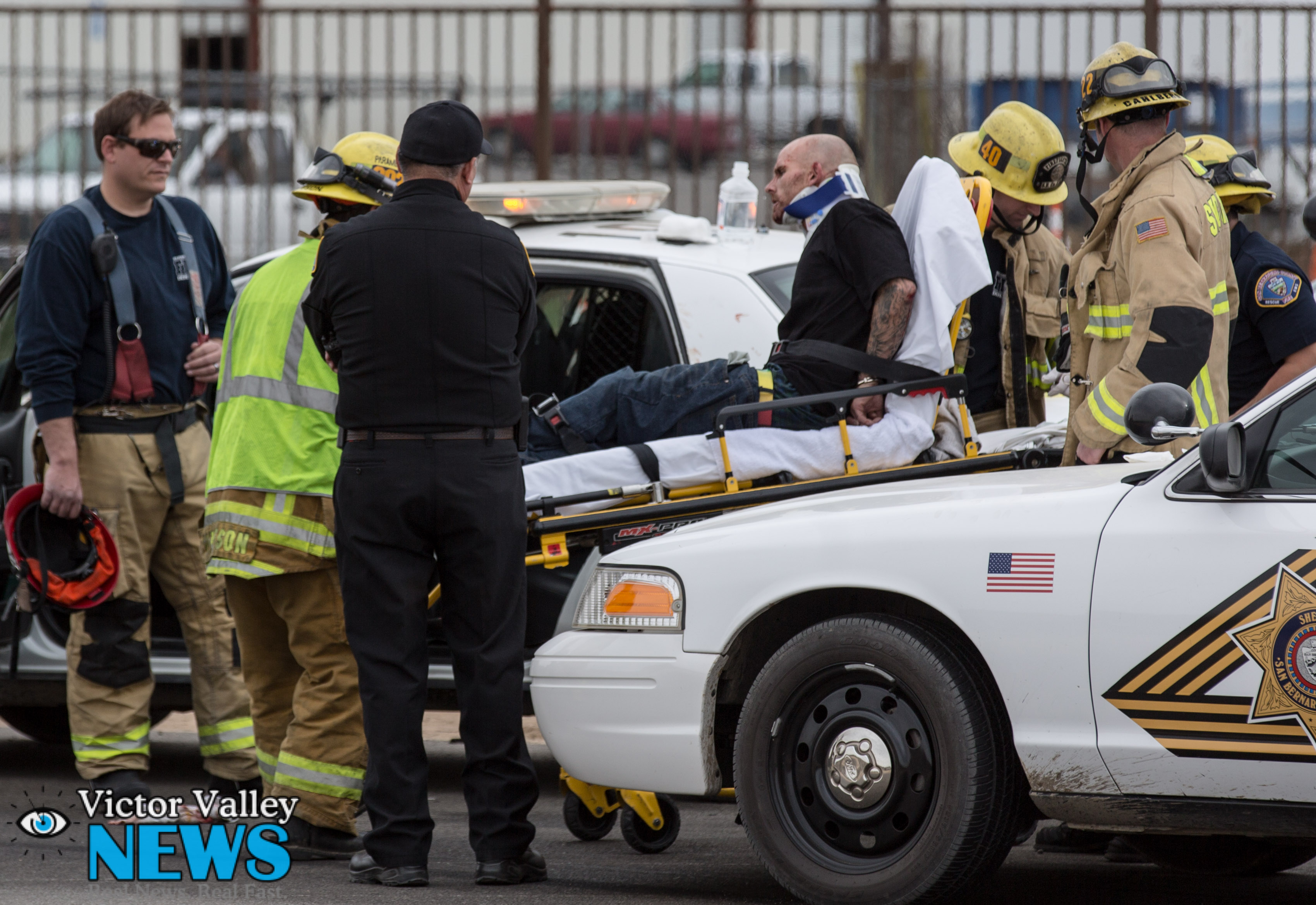 HESPERIA:(VVNG.com)- A male driver, Scott Meyer, age 28 of Riverside, led Deputies on a high-speed pursuit for several miles and collided with a patrol unit, then shortly after collided with another vehicle head on.

At approximately 11:30 A.M., a Detective driving on Interstate 15 observed a vehicle speeding and weaving in and out of traffic in an unsafe manner. The Detective attempted to perform a traffic stop near Highway 395, in which the vehicle failed to yield, according to San Bernardino County Sheriff’s spokeswoman Karen Hunt.

Multiple units, including a CHP helicopter were called to assist upon the drivers failure to stop.

At approximately 11:34 A.M. in the area of Yucca Street, east of Maple Avenue, the suspect vehicle temporarily lost control. When the driver regained control he sped into a marked patrol unit then continued evading police at a high rate of speed.

The suspect vehicle then stopped to let a female passenger out in the area of Escondido and Main Street. The female was transported by Sheriffs to the station for questioning.

The suspect vehicle continued on throughout the streets back and forth across Hesperia. At times speeding through residential areas and school zones at speeds reaching 90 MPH.

As the Chevy Malibu was traveling northbound on Santa Fe Avenue it collided head-on into a gold-colored Chevy Blazer, which was being driven by a male occupant, a resident of Victorville.

The male victim of the Chevy Blazer was airlifted to a trauma hospital with a broken hand, a broken foot and bruised spleen. He is listed in stable condition according to a family member.

Additionally, the deputy who was struck while in his unit is reported to be ok, stated Hunt.

Prior to the collision, the suspect vehicle was driving on three wheels and with a flat rear tire. The pursuit ended with the suspect taken into custody without further incident.

Santa Fe Avenue east is expected to be closed between Deodar Street and Eucalyptus Street for a collision investigation. Commuters are advised to seek an alternate route.

It was later determined that the suspect vehicle was stolen out of Los Angeles and contained an altered license plate. 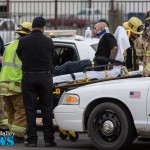 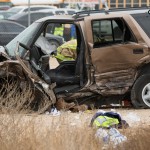 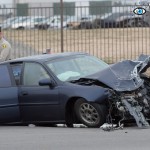