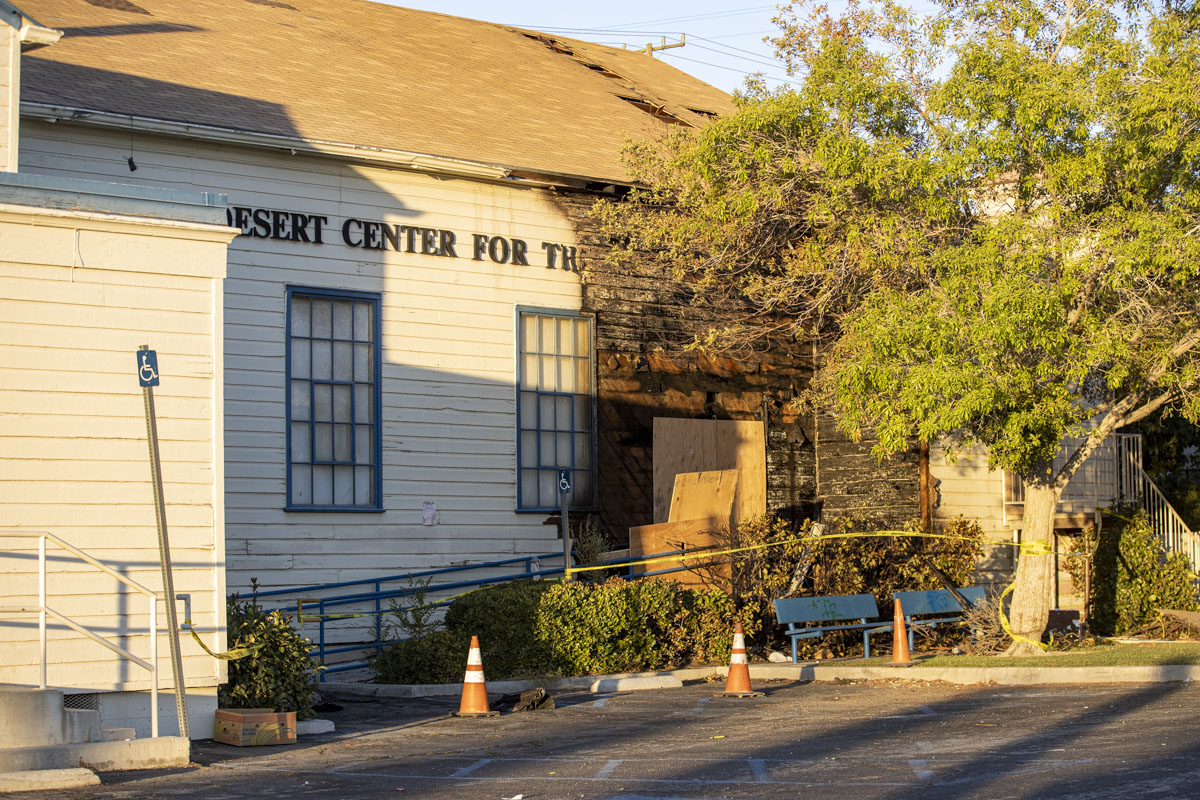 Authorities are investigating a fire that damaged the High Desert Center For The Arts in old town Victorville. (Photo by Hugo C. Valdez, VVNG.com)

VICTORVILLE, Calif. (VVNG.com) — The High Desert Center for the Arts in old town Victorville was damaged by an exterior fire early Saturday morning.

At about 6:33 AM on August 1, 2020, Victorville City Fire Department responded to a commercial structure fire in the 15600 block of Eight Street and located a fire burning on the alpha side of the structure.

Crews had the fire knocked down quickly and saved the theater from being a complete loss. Firefighters had to cut several large holes on the roof in order to allow for ventilation. The vast majority of the damage caused to the historic landmark was to the exterior side entrance.

TAG (Theater Arts Guild) — formerly named Desert Theater Arts and Music Guild — stated its first production, “Waltz Dream” in 1949. Until 1977 the group produced as many as three musical productions annually, according to TAG’s Facebook page. On June 1st they announced their decision to postpone production of To Kill A Mockingbird until the 2021 season.

Victor Valley resident Angela Madrid, has children who’ve performed in productions and said the theater is a treasure in the desert. Angela said ever since the COVID-19 shutdown the theater hasn’t been able to open its doors. “The homeless population in the area has grown and they had taken up residence on the theater’s grounds,” stated Madrid. “It didn’t help that the city put up portable toilets near the theater that has brought more homeless to camp on the grounds.”

According to initial reports, the fire was started by a homeless cooking fire on the outside of the building, however, the official cause is under investigation.

The City of Victorville is listed as the registered owner of the building. An estimate on the cost to make repairs was not available at the time of this article.