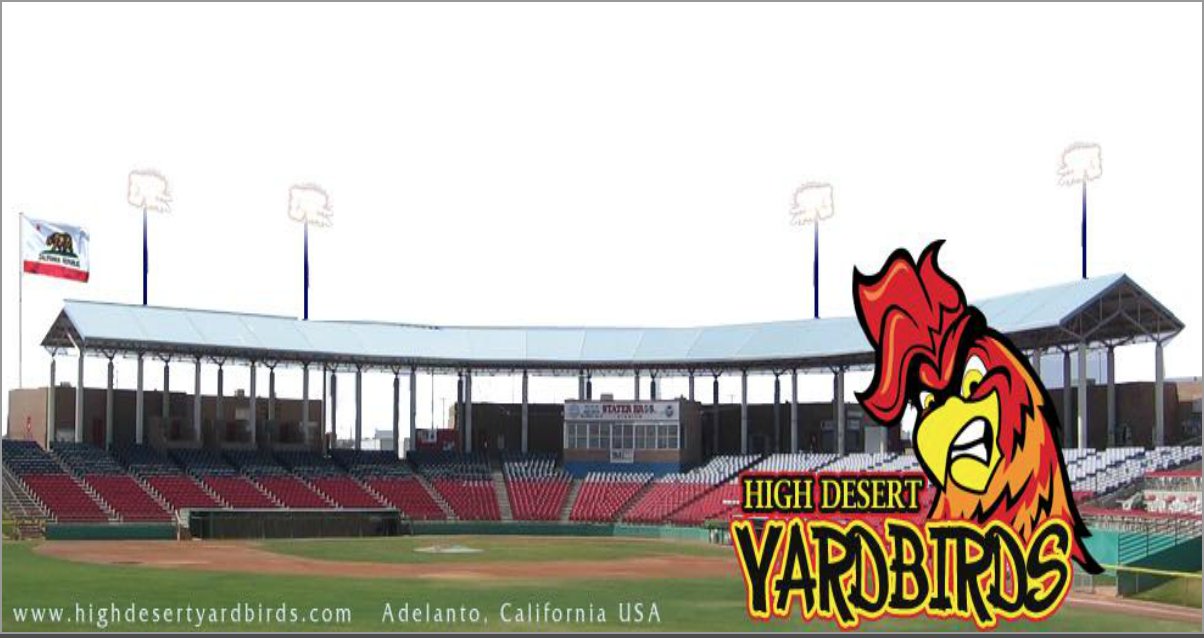 Adelanto, Calif. – Baseball is back! The inaugural season of the High Desert Yardbirds professional baseball team starts on Tuesday, June 6, 2017.

The home opener will host the Monterey Amberjacks at Adelanto Stadium and include extended opening ceremonies including special presentations from the San Bernardino County Sheriff’s Department.

In celebration of “Taco Tuesday,” tacos are only $2 each. “Back by popular demand is the ‘Pitcher’ of beer. Existing pitchers can refill their pitcher at the ballpark for a special price, and we will have additional special price ‘Pitcher Nights’ throughout the season,” said General Manager Geoff Hinds.

Adelanto Stadium is at 12000 Stadium Way, Adelanto, California. Gates open at 5 p.m. and the game starts at 7 p.m. Tickets are $6 and available online at https://www.highdesertyardbirds.com or at the gate.

The Yardbirds team is locally owned by the San Bernardino County Fair and 28th Agricultural District. The team plays in the Pecos League of Professional Baseball that includes teams from California, Arizona, Texas, New Mexico, and Colorado.

Of course, no team is complete without its mascot, and the Rowdy the Rooster is ready to ruffle your tail feathers with high flying antics and feathered fun for the whole family. Crazy Chris Ackerman is no stranger to High Desert crowds and will serve as the announcer for the High Desert YardBirds 2017 Season.

The Adelanto Stadium will also host neutral site games on several occasions for the Hollywood Stars, and California City Whiptails.