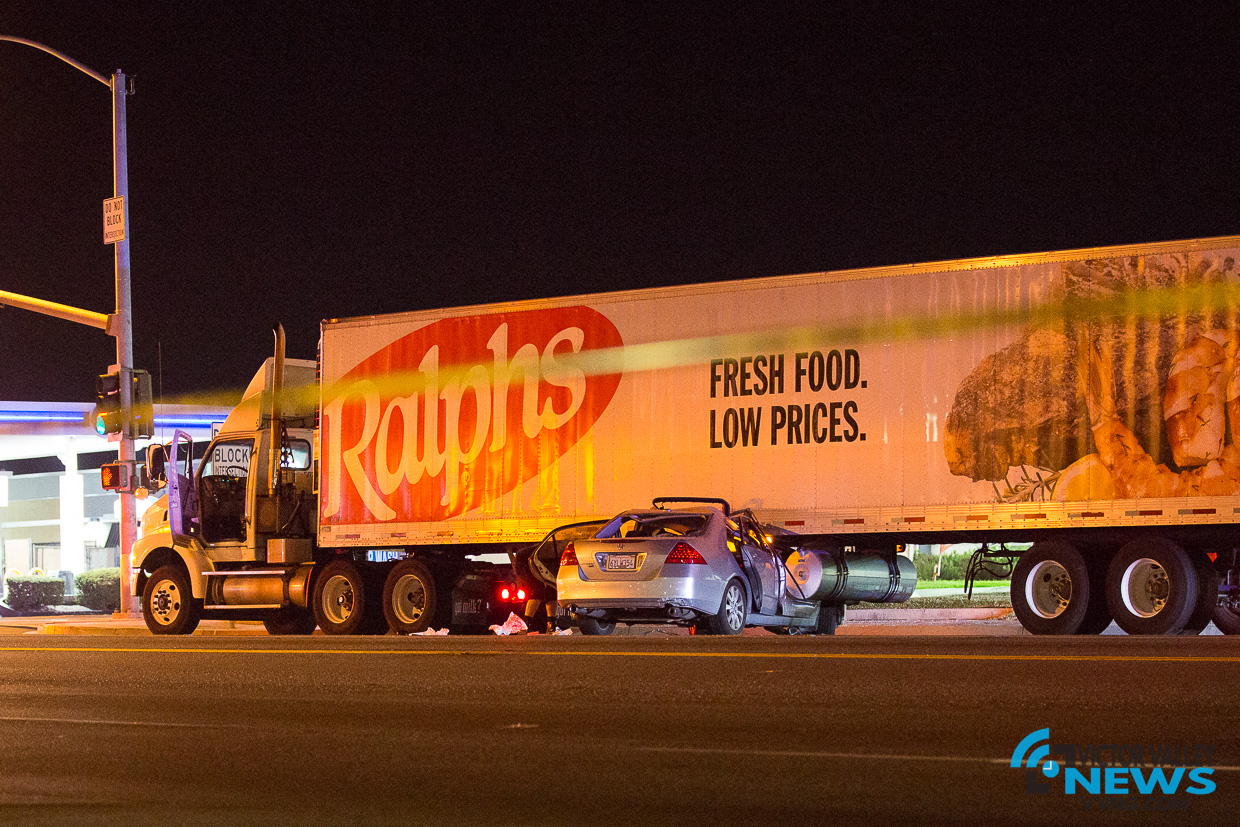 VICTORVILLE, Calif. (VVNG.com) — A 36-year-old woman who was pinned inside her vehicle after crashing into the trailer of a semi is accused of driving under the influence and hit-and-run, officials said.

Deputies from the Victorville Police Department responded to the intersection of Bear Valley Road and Mariposa Road, for a collision involving a semi-truck and a Honda Accord at about 12:37 am, on August 13, 2018.

Officials said, the driver of the Honda, Alana Marie Joerger was traveling south on Mariposa Road and failed to stop at a red light causing her to collide with the trailer section of a semi-truck traveling on Bear Valley Road.

The front of the Honda became lodged under the trailer, making it necessary for personnel from San Bernardino County Fire to extricate her from the vehicle. She sustained serious injuries and was flown to a nearby trauma center for treatment. The driver of the semi-truck was uninjured.

“During the investigation, deputies discovered just prior to the collision with the semi-truck Joerger had been involved in a collision in a parking lot on Mariposa Road. While in the parking lot she backed into another vehicle. When the owner exited the vehicle to assess the damage, Joerger hit him with her vehicle causing injuries to his face. Joerger was fleeing the scene of that collision when she collided with the semi-truck,” officials said in a news release.

The victim was transported to a local hospital to be treated for his injuries.

Upon her release from the hospital, Joerger will face charges for driving under the influence, and hit and run. 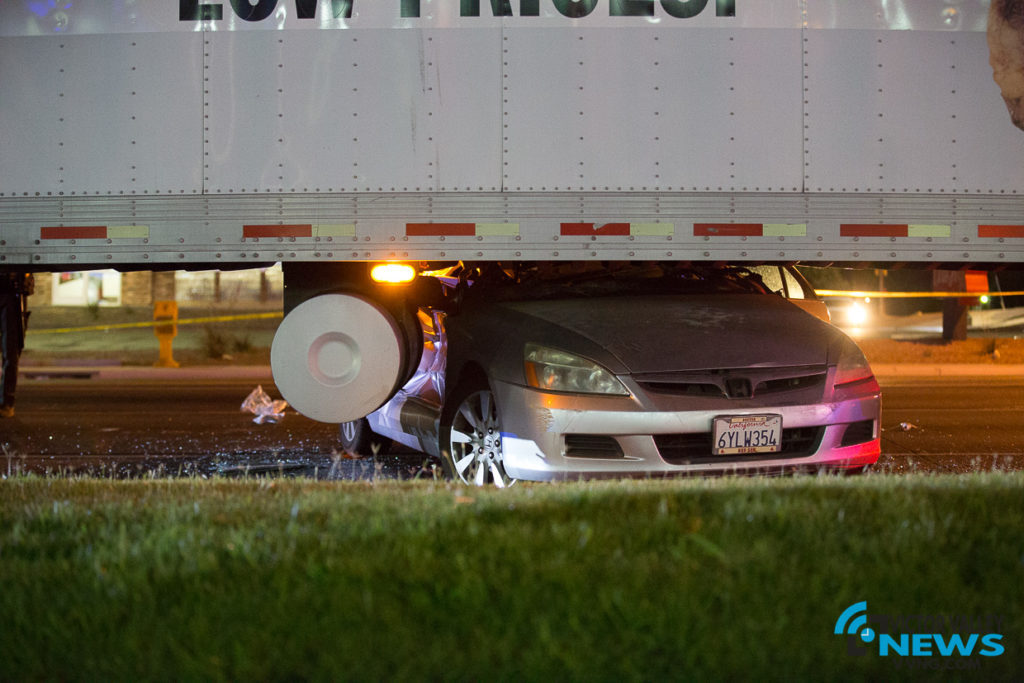