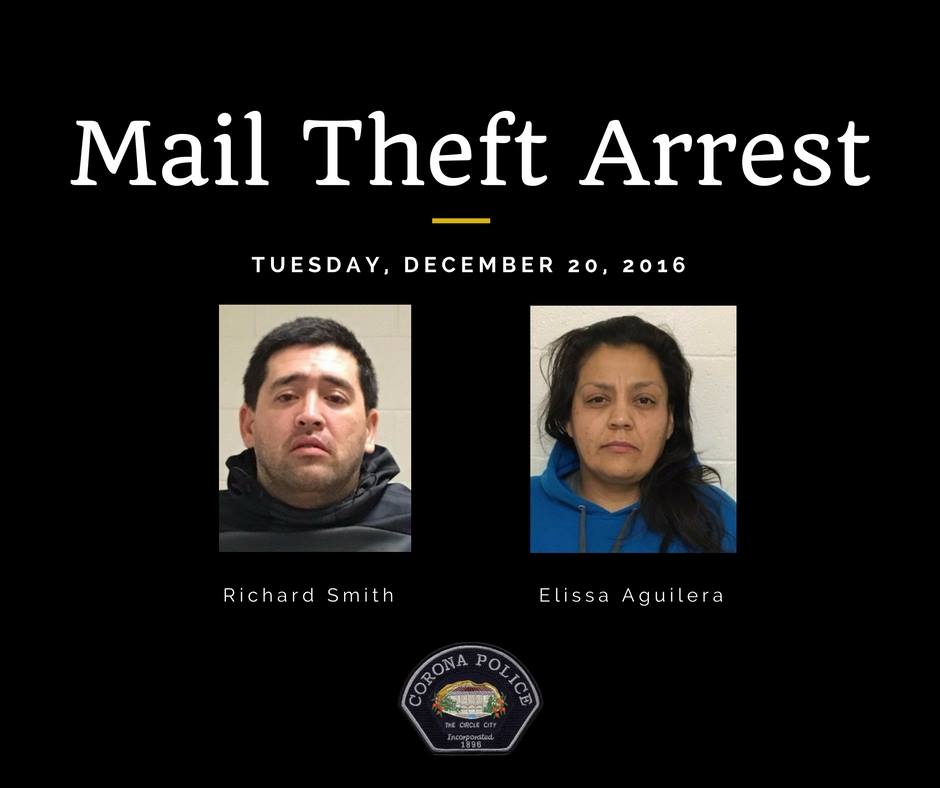 After taking several reports of mail theft in the Eagle Glen area over the past few days, officers were actively searching for a 2011 Nissan Versa, visible in video surveillance from victims’ homes, which may be connected with these thefts.

At about 2:40 a.m., a resident called 9-1-1 to report that he was following a white Toyota minivan with paper license plates and an “Uber” sticker in the right-rear window.

The occupants had just stolen mail from the victim’s mailbox. Officers saw a van matching that description and a short pursuit resulted.

The van was last seen southbound on I-15 at a high rate of speed. Officers discontinued the pursuit due to the speeds involved.

Meanwhile, while officers were meeting with the victim of that case, they spotted the 2011 Nissan from the prior cases and pulled it over.

The driver, 38-year-old Richard Smith of Riverside and the passenger, 41-year-old Elissa Aguilera of Hesperia, were contacted.

Credit cards and mail were located in the car that did not belong to Smith or Aguilera.

They were both arrested for conspiracy to commit identity theft and later booked into the Robert Presley Detention Center in downtown Riverside. Smith was also charged with possession of methamphetamine.