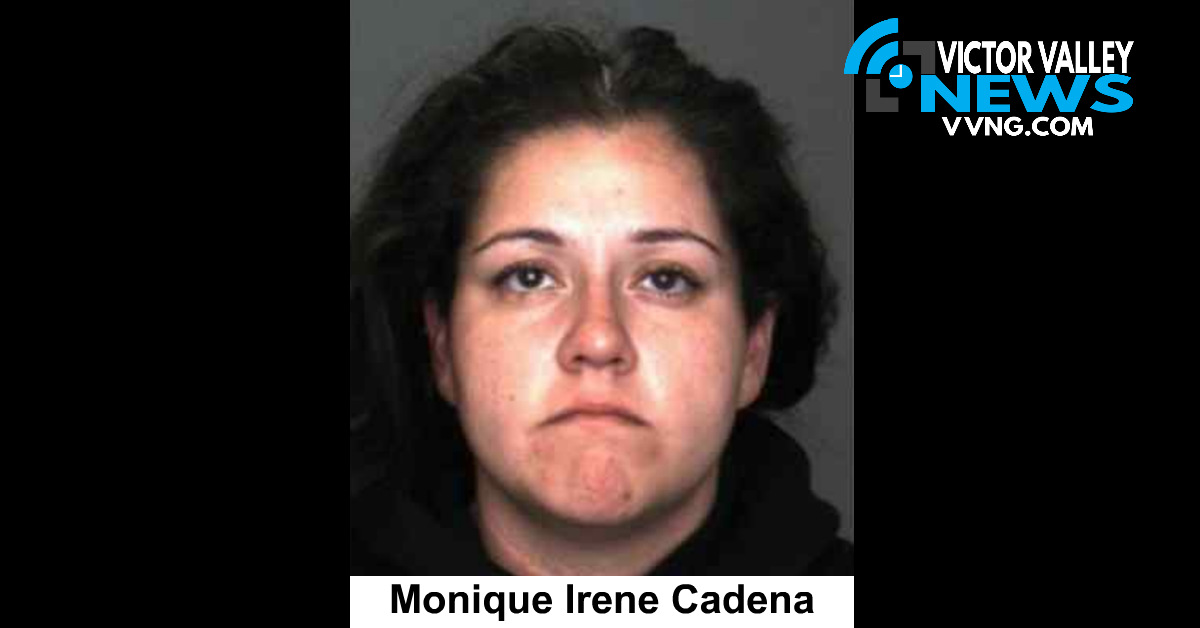 RANCHO CUCAMONGA, Calif. (VVNG.com) A 24-year-old Hesperia woman was arrested after she carjacked a vehicle with an elderly female inside from the West Valley Detention Center, authorities said.

On Wednesday, March 22, 2017, at approximately 6:34 p.m., a female identified as Monique Irene Cadena entered into a vehicle, 2004 white Hyundai Sonata, that had been left running at the curbside near the visiting area of the jail. Inside the vehicle was an elderly female who was waiting for a family member. The suspect left the parking area with the victim inside the car. A witness in the parking area noticed the elderly female yelling for assistance and quickly reported the crime to a deputy. Additional deputies from the jail, Rancho Cucamonga Police Department and the Specialized Enforcement Division immediately responded to investigate the crime.

Monique Cadena had been arrested March 22nd at 10:30 am by the Victorville Police Department for being under the influence of a controlled substance. She was cite released at 5:10 p.m. Cadena spoke to several persons in the visitor area of the jail trying to get a ride. It is believed that when she exited the facility, she noticed the vehicle running and fled the area with the victim.

Within minutes, the suspect dropped the victim off at a gas station at Valley Avenue and Cherry Avenue in Fontana. Deputies located the elderly female at the gas station unharmed. She was taken back to the jail facility to be interviewed and returned to her family.

An extensive search of the area immediately began. A description of the suspect and the vehicle was provided to surrounding law enforcement agencies. At approximately 10:00 pm, officers from the Fontana Police Department located the suspect in the stolen vehicle at Sierra and Foothill in Fontana. Monique Cadena was taken into custody without incident, transported and booked into the West Valley Detention Center for Carjacking and Kidnapping.