VICTORVILLE, Calif. (VVNG.com) – A 26-year-old Hesperia woman was arrested for DUI after nearly crashing with a sheriff’s deputy and leading officers on a pursuit, officials said.

On January 21, 2018, at about 7:43 pm, Deputy C. Olivas with the Victorville Police Department initiated a traffic stop on Amargosa Road, after the driver of a 2014 Buick pulled out of a business and drove on the wrong side of the roadway, nearly colliding with the deputy.

Deputy Olivas made contact with the driver, later identified as Britney Flowers. Smelling a strong odor of alcohol, Olivas asked her to exit the vehicle. Flowers chose not to comply and drove away leading deputies on a pursuit for approximately 4-miles.

“During the pursuit, Flowers failed to yield to red lights, drove at excessive speeds and violated several vehicle codes. As Flowers approached Bear Valley Road, she collided with a guardrail and rear-ended a 2010 Chevrolet. The collision sent Flowers’ vehicle down an embankment on the northwest corner of Amargosa Road and Bear Valley Road, where the pursuit ended,” sheriff’s officials said in a news release.

Flower’s car came just a few feet away from striking the El Tio Pepe Restaurant but was stopped by the landscaping of the restaurant near the front door.

Deputies arrested Flowers at the scene and after being checked out at a nearby hospital she was booked at West Valley Detention Center for hit and run causing injuries, driving under the influence of alcohol, and evading a Peace Officer. Flowers is scheduled to appear in Victorville Superior Court on January 23, 2018, and is being held in lieu of $100,000.00.

The driver of the Chevrolet complained of neck pain but refused medical treatment at the scene. 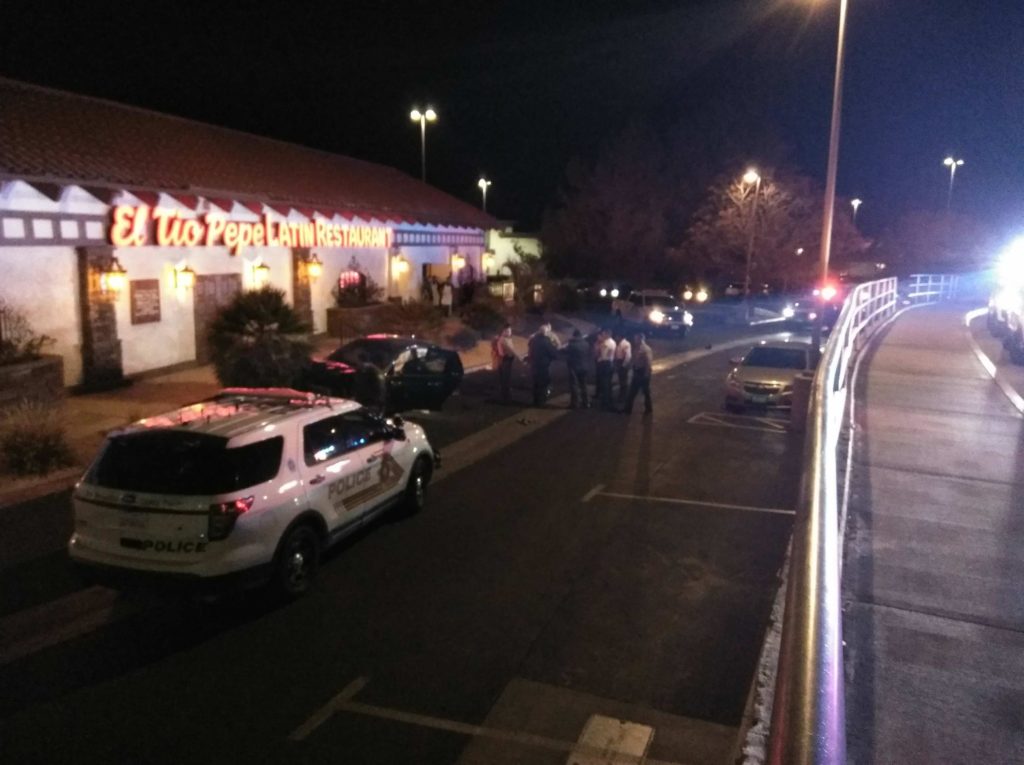 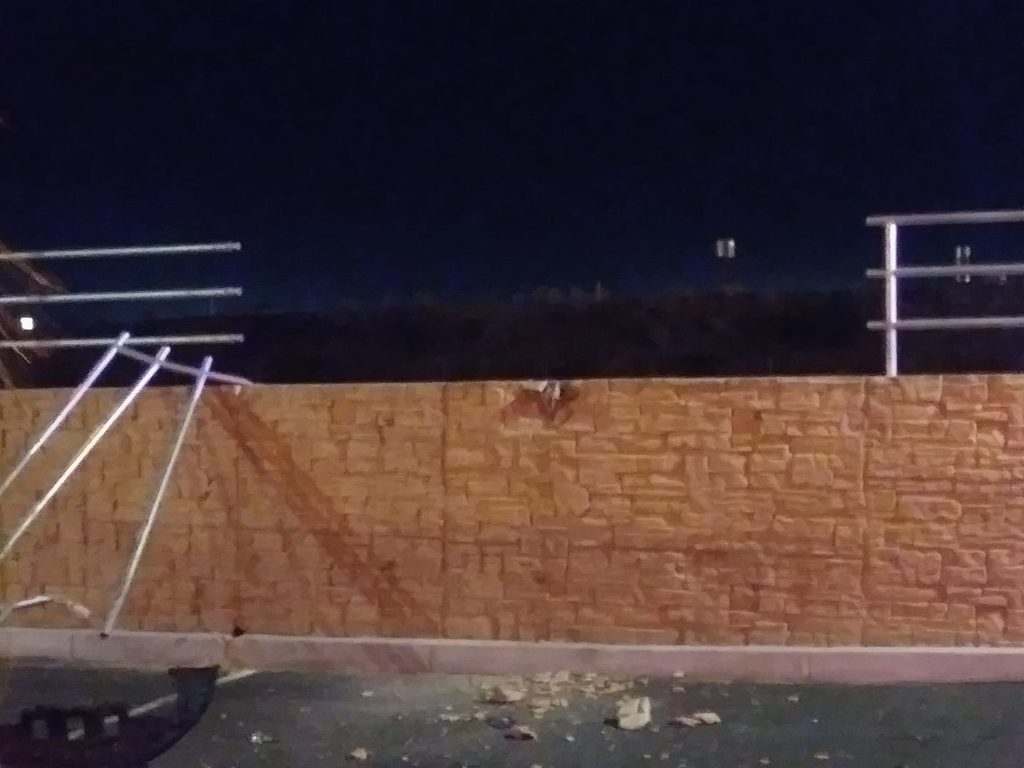 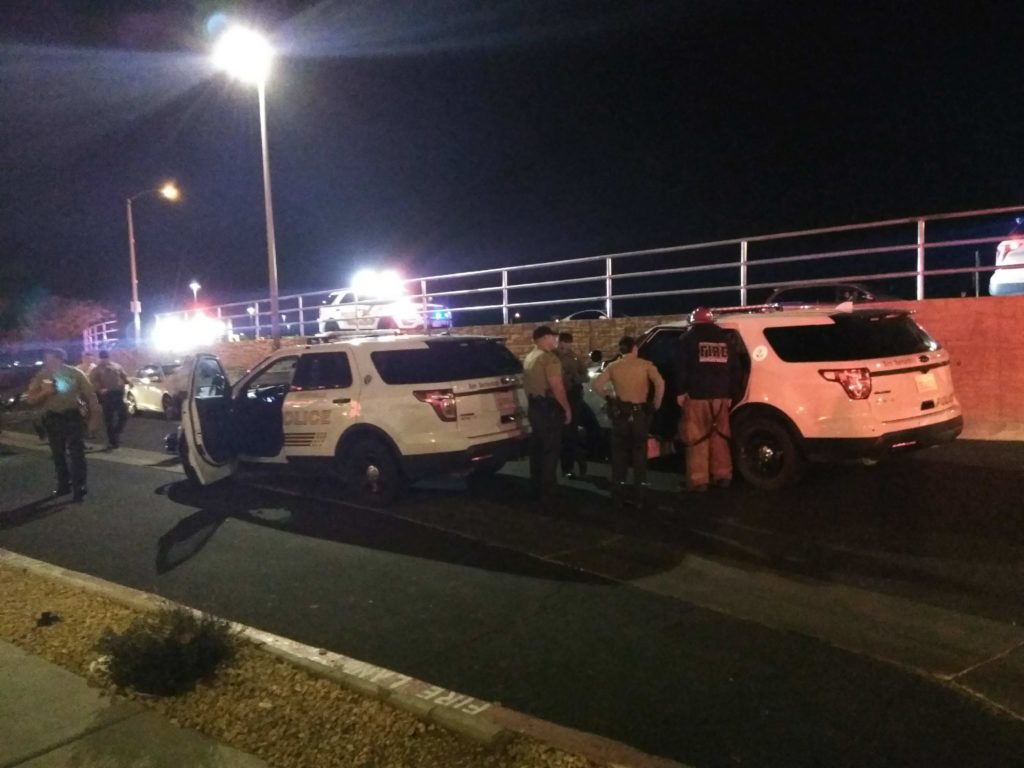 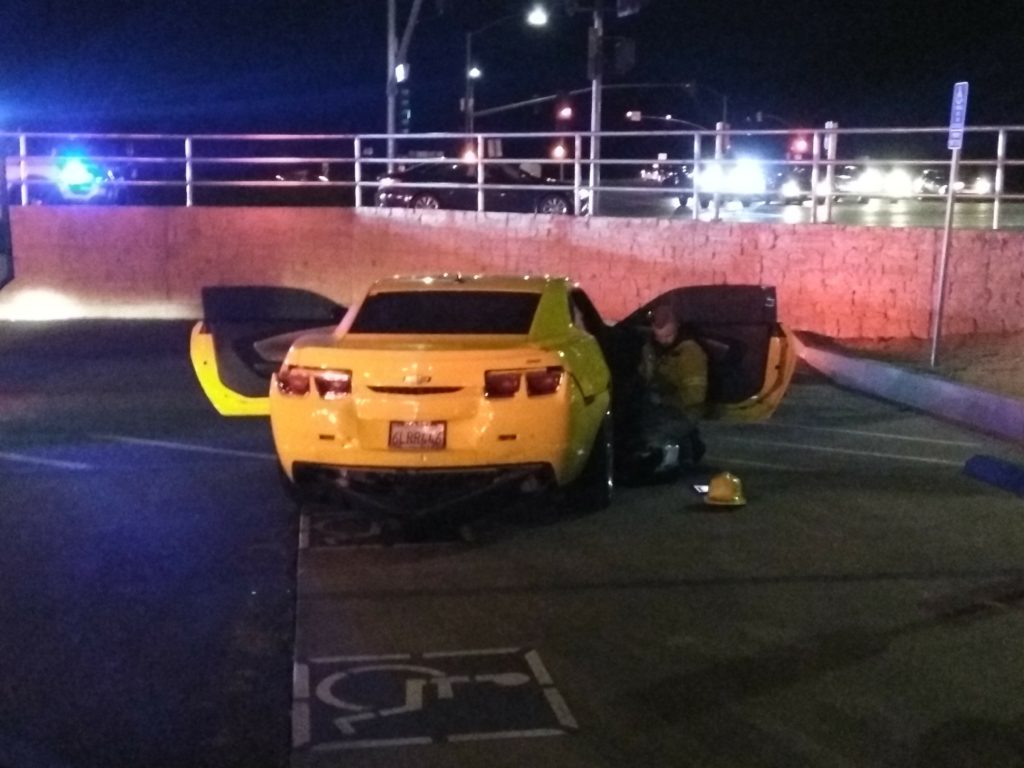