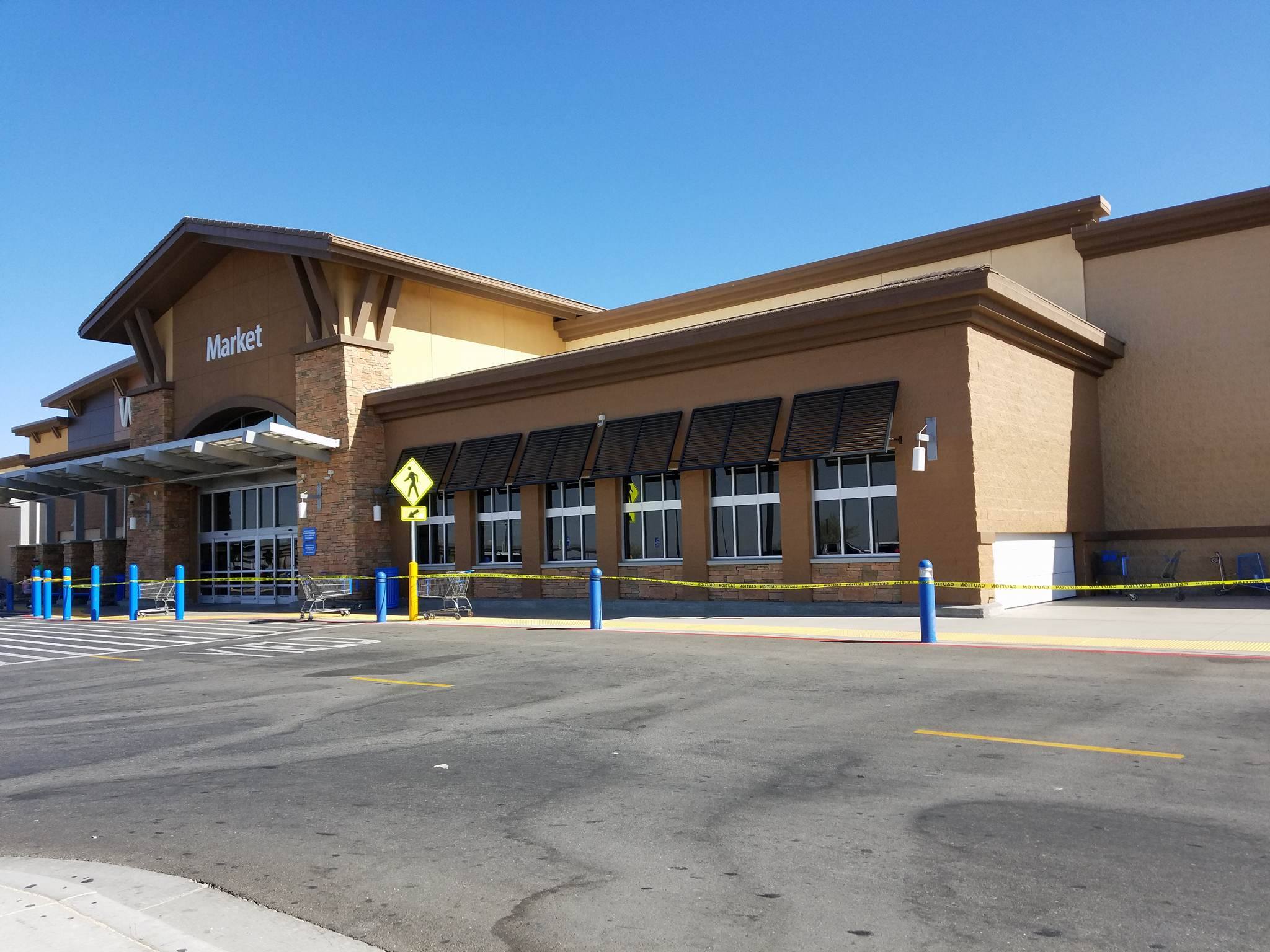 HESPERIA, CA:(VVNG.com)– Wal-Mart located at 13401 Main Street in Hesperia remains closed following a stabbing that occurred at the location.

At approximately 1:50 p.m. on Saturday, October 15th a subject reportedly cut a male’s throat inside of a motor home parked in the Wal-Mart parking lot, per scanner reports.

When deputies arrived, they located a Hispanic Male Adult armed with a “large knife and blood all over” walking into the Wal-Mart.

As the responding deputy attempted to make contact, the subject started to cut himself. The deputy managed to restrain the suspect who was suffering from multiple self-inflicted stab wounds.

Due to the suspect’s injuries, an airship was requested. He was airlifted to a trauma hospital, his condition is currently unknown.

An airship was initially requested to transport the victim with a laceration to the throat inside of the RV. The airship was later canceled. His condition is currently unknown at this time.

Per scanner traffic, a San Bernardino County Sheriff’s Deputy was also injured during the incident. The deputy was transported by ground ambulance with non-life threatening injuries.

All customers who were in the store at the time of the incident were ordered to evacuate. Witnesses described the scene as “chaotic” and “frightening” as customers ran towards the front of the store to evacuate.

“I was in the checkout line at Wal-Mart, they had us all evacuate to the back entrance of the store. It was really scary, my kids were scared and so much panic,” stated Nikki Kelly.

Wal-Mart is closed until further notice while authorities conduct an investigation.

Authorities were unavailable to confirm if anyone died as a result of the stabbing. More information will be updated as it becomes available.

Customers evacuated from inside the WalMart walked by trails of blood leading to the entrance of the store. (photo by Brandi Nichelle)

Deputies secured the motorhome where the victim’s throat was sliced. (Photo by Nicole Ruffalo Grieve)