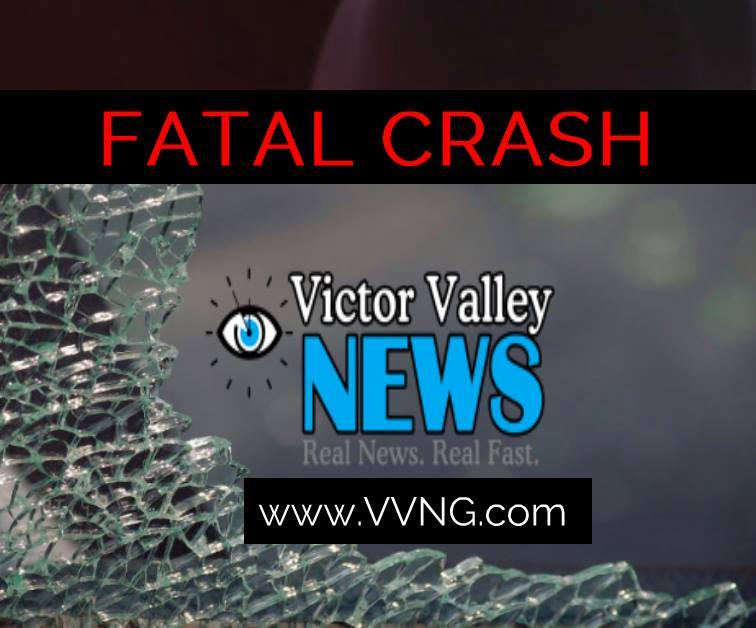 HESPERIA-(VVNG.com):  A 71-year-old unidentified male from Hesperia was killed in a traffic collision in the area of I Avenue and Mojave Street in Hesperia.

On Tuesday, June 2nd just before 1:00 p.m. deputies of the San Bernardino County Sheriff’s Station were dispatched to the report of a major traffic collision involving two vehicles and a pedestrian.

The 71-year-old driver of a Gold Chevrolet Silverado had to be extricated from his vehicle and transported by ground ambulance to Desert Valley Hospital where he succumbed to his injuries.

A red Chevrolet Silverado was also southbound in the number one lane when it collided with the rear of the gold Silverado pushing it into the intersection. The driver a 33-year-old male from Victorville, did not suffer any injuries. The 70-year-old male pedestrian from Hesperia suffered a laceration to his arm and was transported by air ambulance to Arrowhead Regional Medical Center as a precaution.

The 77-year-old man, that was driving the gold Silverado was not wearing his seatbelt at the time of the collision.

At this time, neither alcohol nor speed, appear to be contributing factors in this collision. This is an ongoing investigation by Hesperia Sheriff’s Major Accident Investigation Team (MAIT). The intersection of I Ave. at Mojave St. was closed for several hours while MAIT deputies investigated the collision.