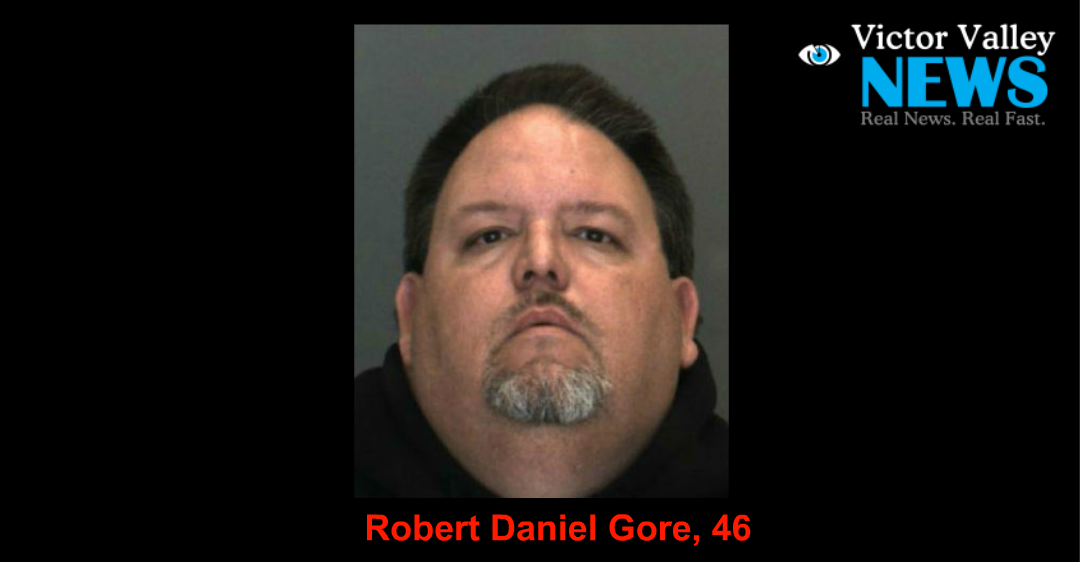 VICTORVILLE-(VVNG.com): A 46-year-old Victorville man was arrested for the sexual abuse of a 12-year-old boy on Saturday, January 9, 2016 San Bernardino County Sheriff officials said. The man identified as Robert Gore has worked as a substitute teacher for the Hesperia Unified School District and as a Children’s Ministry Coordinator at Calvary Chapel High Desert in Hesperia.

Deputies from the Victorville station were made aware of the five-year long sexual abuse of the victim that was twelve years old when the abuse began. The investigation was passed on to the Specialized Investigations Division, Crimes Against Children Detail.

He is being held at the West Valley Detention Center  lieu of $500,000 bail and is scheduled to appear at the Victorville Superior Court for arraignment on Tuesday afternoon.

Detectives are releasing the booking photograph of Robert Gore as they believe there may be additional victims.

Anyone with information is urged to contact Detective John Everman at Crimes Against Children Detail (909) 387-3615. Callers wishing to remain anonymous are urged to contact the We-Tip Hotline at 1-800-78-CRIME orwww.wetip.com