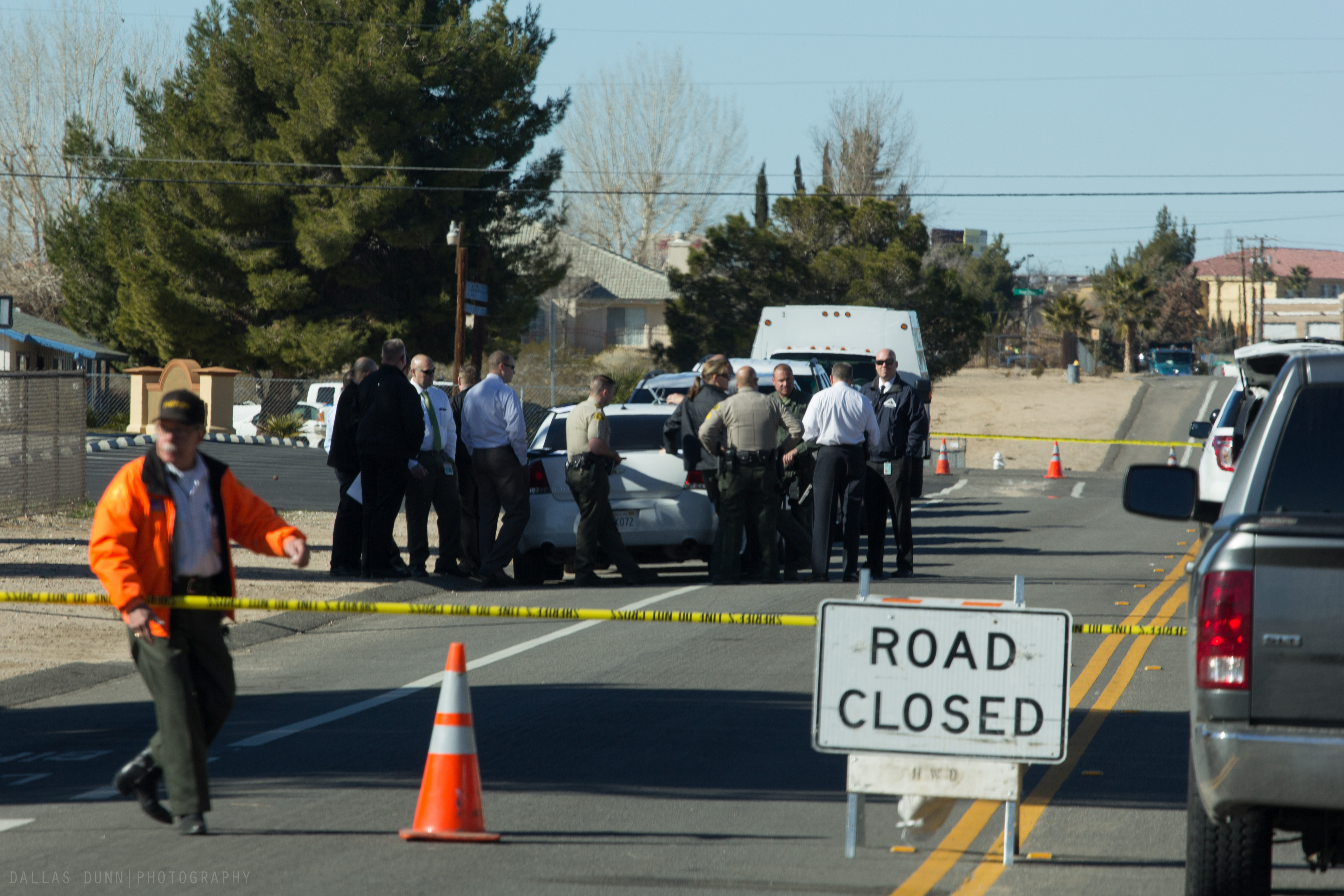 HESPERIA-(VVNG.com): At about 12:40 a.m. a standoff in the area of Sequoia Avenue caused a road closure for several hours San Bernardino County Officials said. Residents reported being woke up in the early morning hours on Monday to the SWAT team telling the to leave their apartment homes.

Hesperia Station deputies responded to the report of a domestic disturbance that occurred in the 15100 block of Sequoia Street. “The reporting party stated they saw a male subject slam a female’s head against a vehicle.  Upon arrival, deputies located the victim outside of the residence with injuries and the male suspect retreated back into the residence,” said San Bernardino County Spokeswoman, Jodi Miller.

The victim advised deputies that the suspect, identified as 36-year-old Luis Ranero was a military veteran that kept weapons near the door of the residence and a 9mm in his waistband authorities said.

Despite numerous PA announcements asking Romero to exit the home and safely surrender with his hands in the air he remained inside the home. Sheriff officials said that at about 1:10 a.m. Ranero called Sheriff’s dispatch and stated, “There is going to be a shootout if I exit my home.”  He also told them that he had his weapons next to him.

Sheriff officials said that the suspect remained  barricaded in the residence and refused to come out. Deputies were advised that the suspect was armed with an AK47 and it was later learned that several other weapon were registered to the suspect.

Nearby homes were evacuated in order to ensure the safety of the residents. The Sheriff’s Department SWAT team responded to the location. At about 7:10 p.m. Ranero exited the home with his back to the deputies. When the deputies ordered him to show them his hands, he refused. He eventually turned toward the deputies with his arm extended, and a deputy involved shooting occurred.

Ranero was transported to a local hospital for treatment of non-life-threatening injuries.  Although deputies did recover eight rifles, a handgun and ammunition from the residence, Ranero was found to be unarmed during the shooting. According to unconfirmed reports, Ranero  is a former Marine who had previously served in Afghanistan and suffered from PTSD.

Investigators from the San Bernardino County Sheriff’s Department, Specialized Investigations Division, Homicide Detail were requested and responded to the scene to conduct the investigation. Sheriff Officials said that the Homicide Detail investigates all officer involved shootings as part of protocol.

Anyone with information regarding this investigation is urged to contact the Homicide Detail, Detective Jon Cahow or Sergeant John Gaffney at (909) 387-3589. Callers wishing to remain anonymous are urged to call the We-Tip Hotline at 1-800-78-CRIME (27463) or you may leave information on the We-Tip website at www.wetip.com.