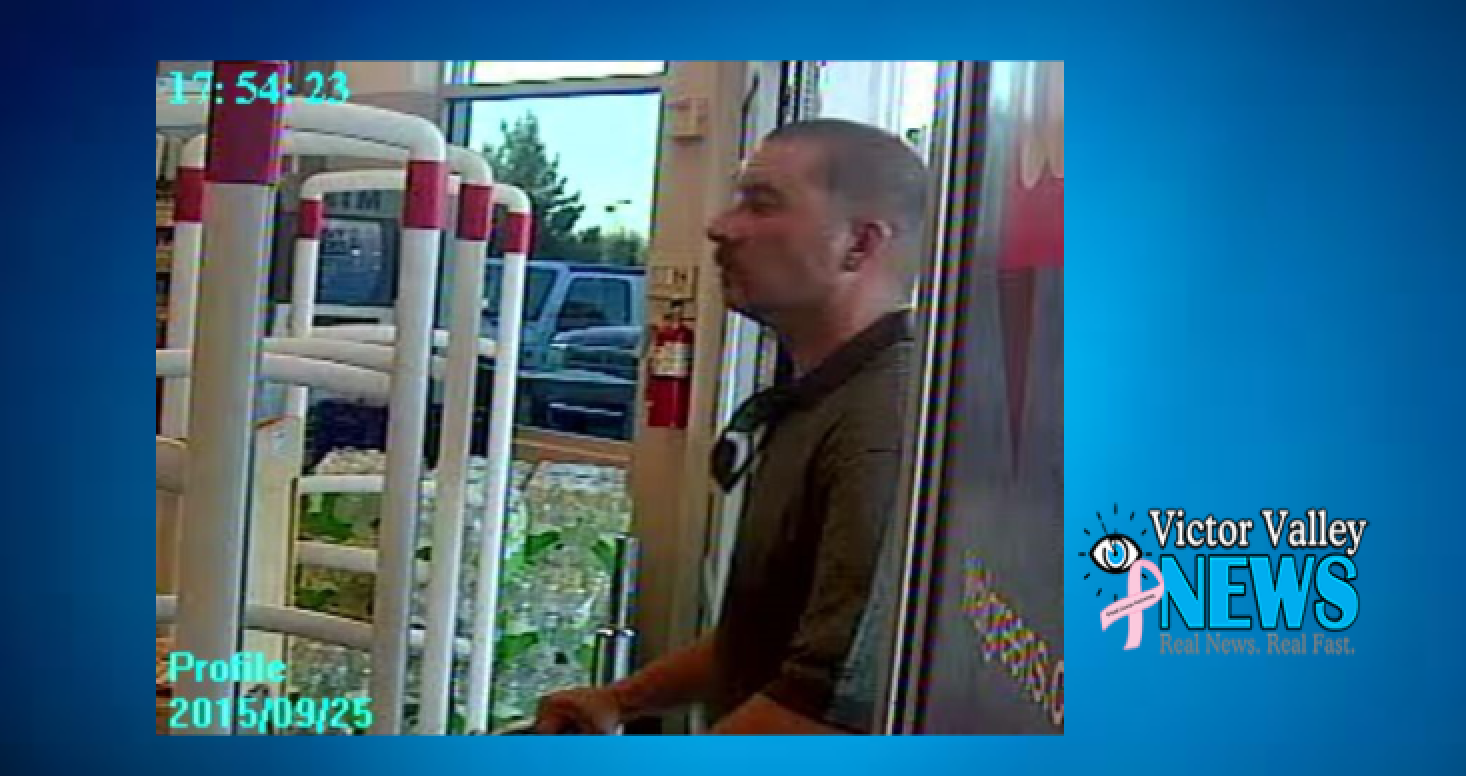 HESPERIA-(VVNG.com): The San Bernardino County Sheriff’s Department, Hesperia station is asking for assistance from the public to assist them in identifying an auto theft suspect.

According to the October 22nd press release, on September 25th, the unidentified suspect, entered the Walgreens located at 17383 Main Street in Hesperia.

When the suspect left the store, he entered the victim’s 2010 Nissan Sentra, which was left running in the parking lot. The running vehicle was occupied by an adult female and her infant, who were sitting in the backseat.

According to Sheriff’s department officials, the suspect turned to look out the back window as he was backing up the vehicle and realized that the two were in the backseat. The suspect then put the vehicle into park and fled on foot southbound on I Avenue to an unknown location.

Anyone with information is asked to contact Detective Jarrod Burns of the Hesperia Police Department. Callers wishing to remain anonymous are urged to call the We-Tip Hotline at 1-800-78-CRIME (27463) or you may leave information on the We-Tip website a www.wetip.com.