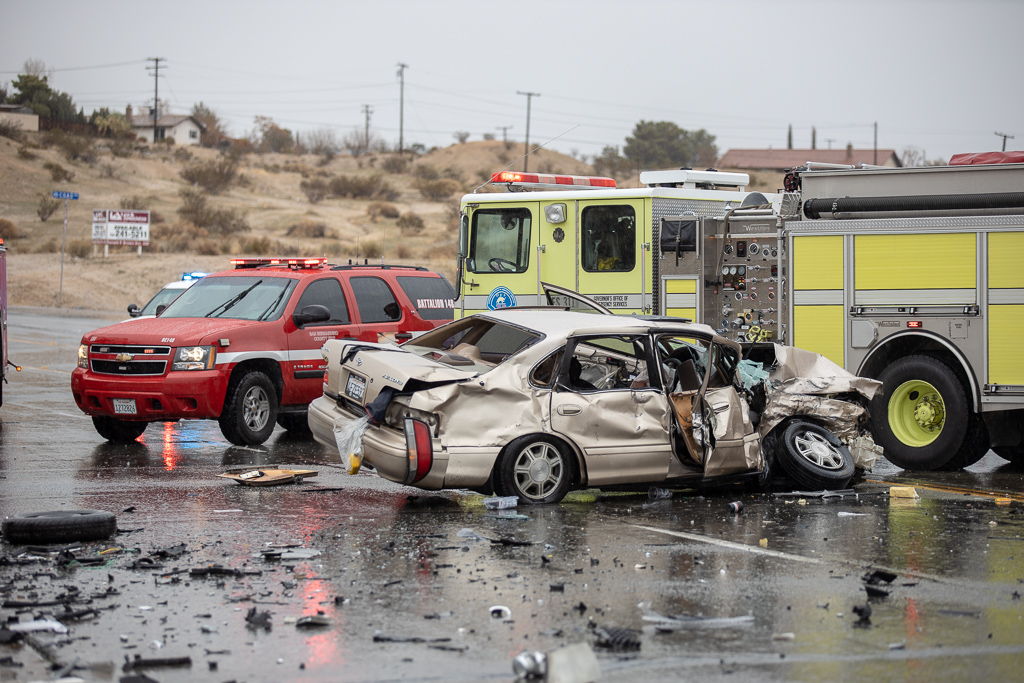 At about 9:30 am, Victorville Deputies and San Bernardino County Firefighters responded to a two-vehicle crash on Hesperia Road, south of Green Tree Blvd.

Upon arrival, they located a brown Toyota Avalon and a gray Kia Sorento with major damage and occupants trapped.

All three occupants from the vehicles were transported from the scene via American Medical Response ambulances to local hospitals.

Hesperia Road was shut down in both directions as deputies investigated and worked to clear the scene of the accident.

The official cause of the accident was under investigation at the time of this article.