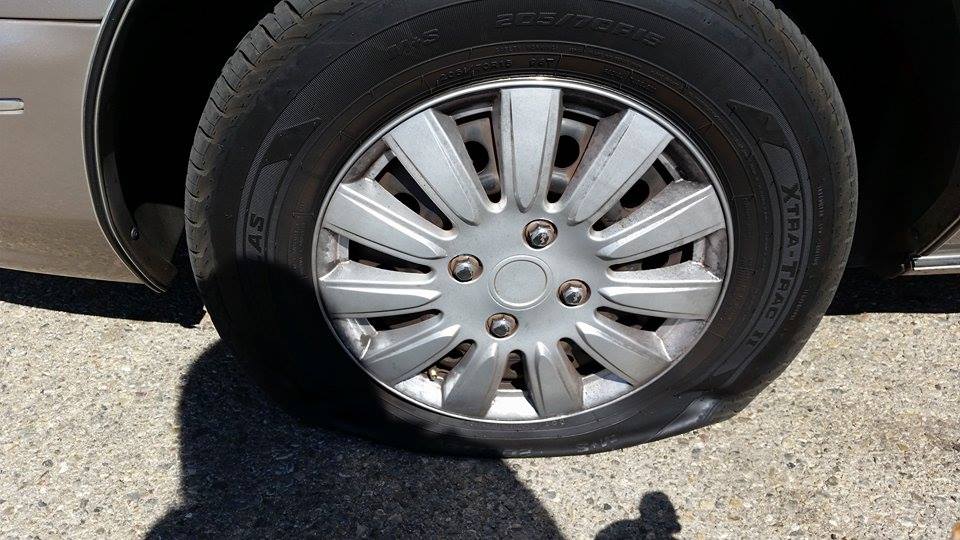 HESPERIA:(VVNG.com)- Several Hesperia residents in a typically quite neighborhood woke up to discover their vehicles vandalized near Hesperia High School.

Tanya Olga Kolosiej lives on Quinn Court and is one of the residents who had her vehicle tires slashed.

Tanya told Victor Valley News, as many as 25 other vehicles between her street and on Tamarisk Avenue were vandalized sometime around 2:00 A.M., on Thursday, March 12, 2015.

The vehicles were either parked in the driveway or in the street. Some had multiple tires slashed and others were scratched.

Anyone with any information is urged to contact the Hesperia Police Department at 760-947-1500.