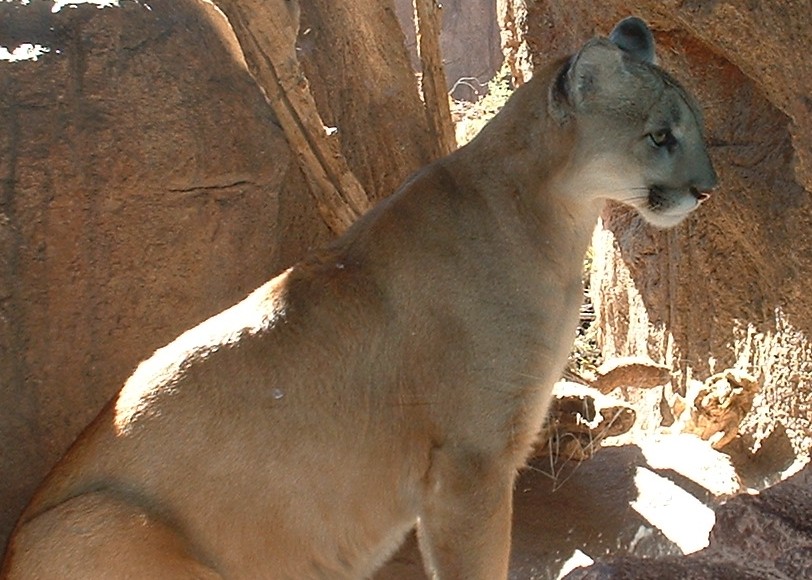 HESPERIA-(VVNG.com): Desert residents do not show much concern to wildlife as it is an accepted and mostly embraced part of living in the Victor Valley. With the beautiful desert sunrises and serene colorful sunsets it is a regular stomping ground for wildlife that preexisted human inhabitation.

Some believe it is the dry conditions that has brought wildlife that is usually a rarity to view into the public eye sometimes becoming dangerously close to homes, schools and other area of higher populations.

On the morning of October 27th at about 9:30 a.m. residents in the 17100 block of Mission Street reported spotting what they believed was a Cougar or Mountain Lion. The reported sightings, per scanner traffic were reported to be near a wash within a short distance of area homes.

Animal Control and Fish and Wildlife officers responded to the scene of the reports, but only located tracks that appeared to be those of a Bobcat. Past reports of sightings have surfaced in the months of September and October some of these sightings even captured in photos of Mountain Lions and Bobcats in populated areas.

Experts say that when coming in contact with a mountain lion that you should maintain eye contact, never turning away from the animal and never running. People should back away slowly standing up straight with hands above their head to appear larger to the territorial creature. These animals, although do not usually attack humans, will guard their food or offspring. Also, if approached the person should yell, throw rocks or other items and fight back if attacked.