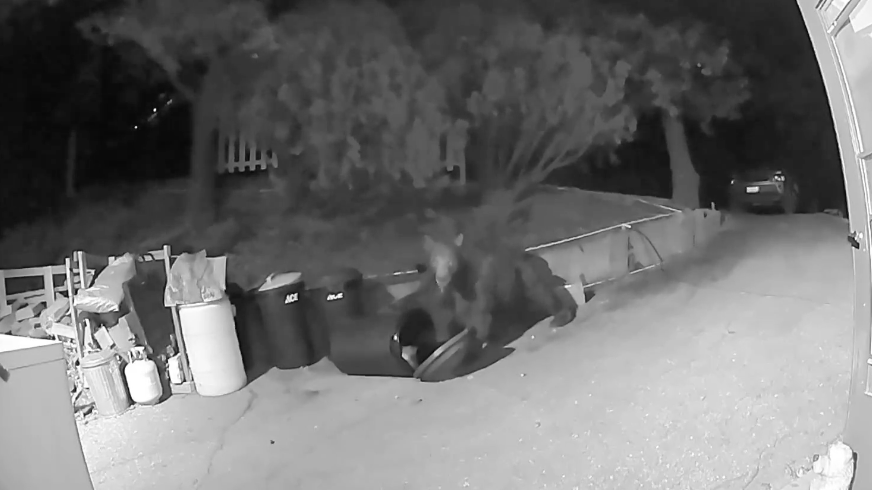 HESPERIA, Calif. (VVNG.com) — Residents in a Hesperia neighborhood are on alert after an alleged bear sighting early Monday morning.

Victor Valley News Group member, Adrian Oro, shared the video that was uploaded to the Ring.com website titled “Yogi’s in the neighborhood” at about 5:00 am, on September 17, 2018.

According to the post, the Ring Cam video was captured at a residence off Ranchero Road and the I-15 freeway in Hesperia.

The 30-second clip shows a large black bear walking onto a driveway, looking around, and with its left paw knocks over one of several small trash cans.

Hesperia Service Specialist Edgar Moran told Victor Valley News, “no one called in for the bear sighting so deputies did not respond as we did not know there was a bear roaming around Ranchero Road.”

Edgar also wanted to remind the public to call 911 if they see a bear in order to get deputies and Animal Control to respond.

Editor’s Note – Victor Valley News has not been able to verify the date and time of the alleged incident posted to Ring.com on September 17, 2018.