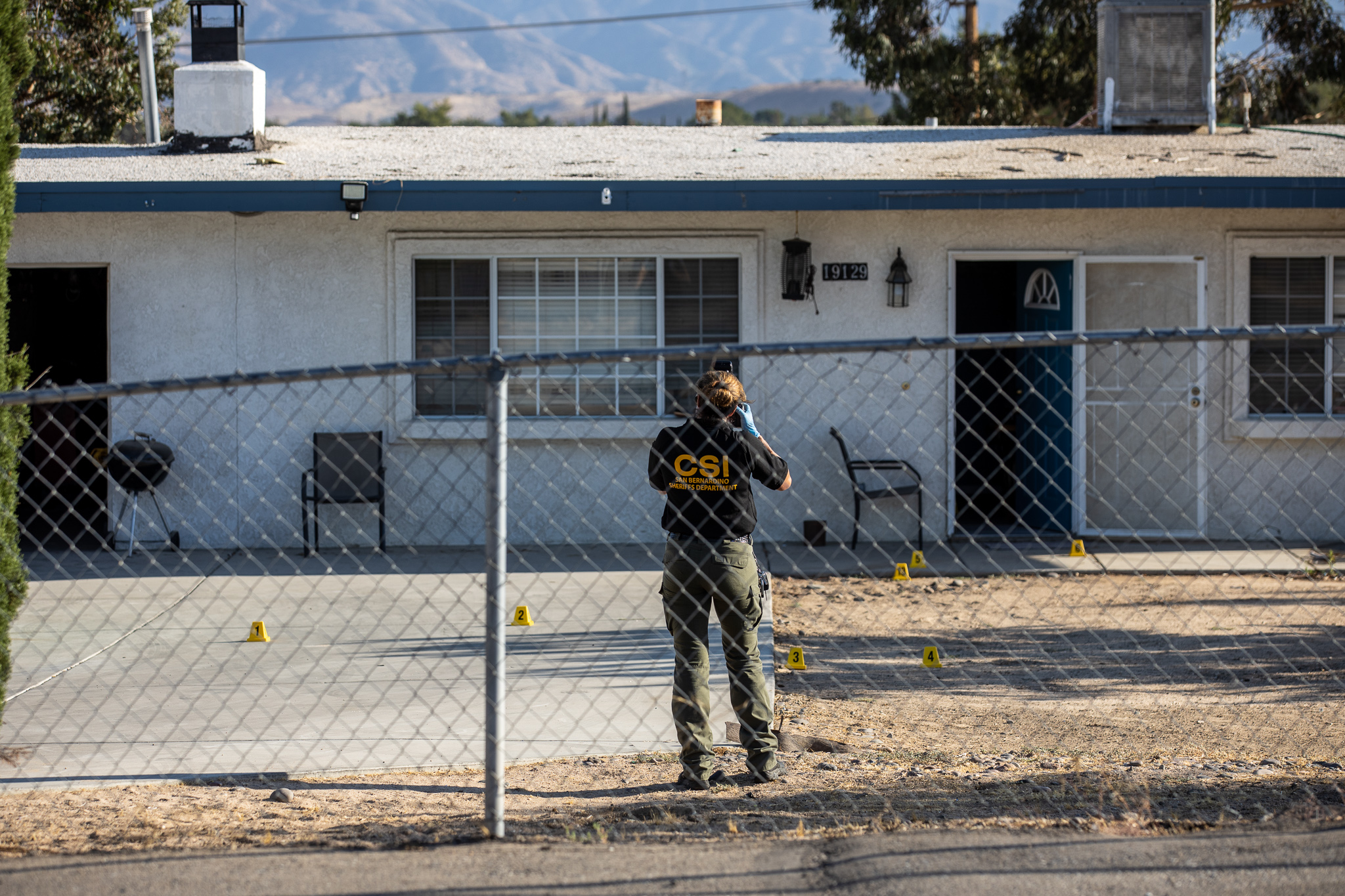 Crime Scene Investigators (CSI) and Homicide Detectives from the San Bernardino County Sheriff’s Department gathered evidence from inside and outside the home, located on the 19100 block of Yucca Street.

Scanner traffic indicated that authorities were searching for a white Hyundai driven by an adult male suspect with multi-colored hair and hazel eyes, wanted in connection to a possible home burglary and homicide.

Authorities believe the suspect may have placed the body of a deceased person in the vehicle before leaving the driveway of the home, according to scanner traffic.

In 2017, Hesperia deputies responded to the same house for a man who was accused of kidnapping his two children at gunpoint from a nearby park and then engaging in a stand-off with authorities at the Yucca Street address.

In that 2017 incident, the suspect was identified as Phillip Michael Williamson of Hesperia who was 35-years-old at the time.

“Williamson reportedly pulled out a gun and pointed it at the victim saying he was going to take his children, then put the children in his vehicle and fled the location,” authorities said in a 2017 press release.

Public records indicate that Williamson still resides at the house where the investigation is taking place.

Friday night, leading into Saturday morning, authorities were searching an area of Apple Valley near Deep Creek Road with a helicopter overheard.

Authorities have not confirmed if Williamson was involved in Friday’s incident.

The San Bernardino County Sheriff’s Department did not respond Friday to any request for information. Authorities at the scene declined to comment.

This is a developing story, check back for updates.