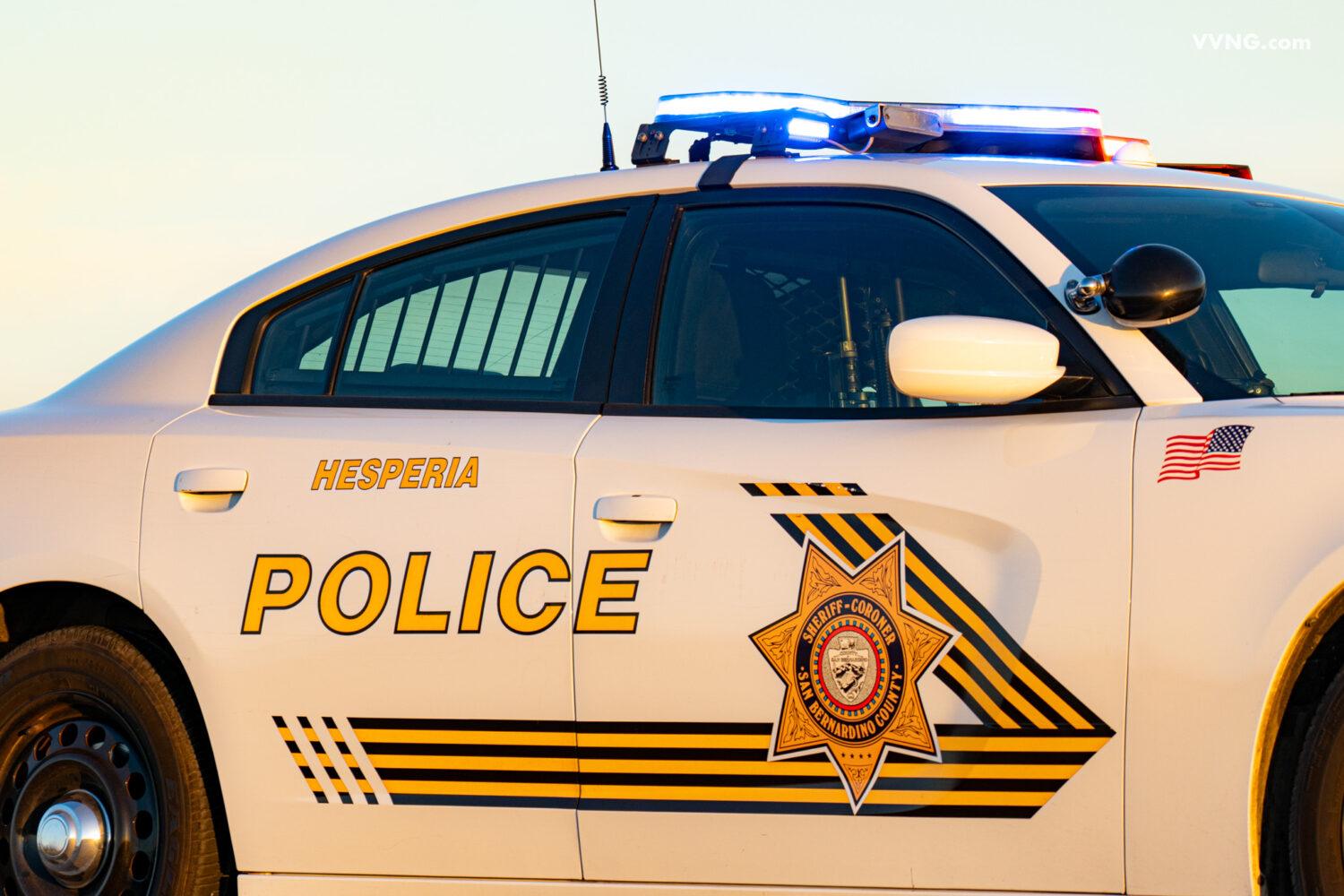 HESPERIA, Calif. (VVNG.com) Below are the latest crime reports for various incidents that occurred in Hesperia between November 18-20, 2022.

On November 20, 2022, at 3:35 p.m., The Hesperia Police Department responded to the 16800 of Danbury Avenue, in Hesperia where it was reported that a 32-year-old female and family member were in an argument at their home. The suspect, 32-year-old Johnathon Sesma, who is related to the victim, told the victim to leave and pushed her. The two began fighting and the suspect choked the victim. Johnathon Sesma was arrested for assault with a deadly weapon and booked at HDDC. Medical aid was not requested.

52-year-old male was shot in the legs, suspect arrested

On November 20, 2022, at 12:15 p.m., 911 Dispatch received a call from the 11200 block of Third Avenue in Hesperia. A 52-year-old male was shot in the legs as he exited his vehicle at the location. Police arrested a 23-year-old male, identified as Thomas Sloan. He has been arrested and booked at HDDC for assault with a weapon on a person and accessory after the fact. This investigation is still active and no other information is available.

On November 20, 2022, at 2:50 a.m., The Hesperia Police Department responded to the 7000 block of Danbury Avenue in Hesperia. Deputies were requested to investigate shots heard call on Danbury. No arrest was made, and the investigation continued. No injuries were reported.

November 19, 2022, at 4:00 p.m., a man and woman reported that they were assaulted and their 2018 Nissan Altima stolen, while in a parking lot in the 9000 block of G Ave. The vehicle was located around 5:00 p.m. that same day, near Evergreen and Sultana. The suspects have not been identified as of yet. The suspects are 4 males, possibly juveniles or young adults.

November 18, 2022, at 7:54 p.m., Deputies responded to the 18600 block of Bear Valley Road in Hesperia where an unknown suspect, described as a black male in his 20’s, wearing a black hoodie, black pants, and a red bandana over his face, entered the Quick Quack and stole money from the cash register. An employee attempted to chase the suspect, who then reached into his pocket and pointed an unknown object at the employee. The employee retreated, fearing the suspect had a gun. No suspect identification or arrest.