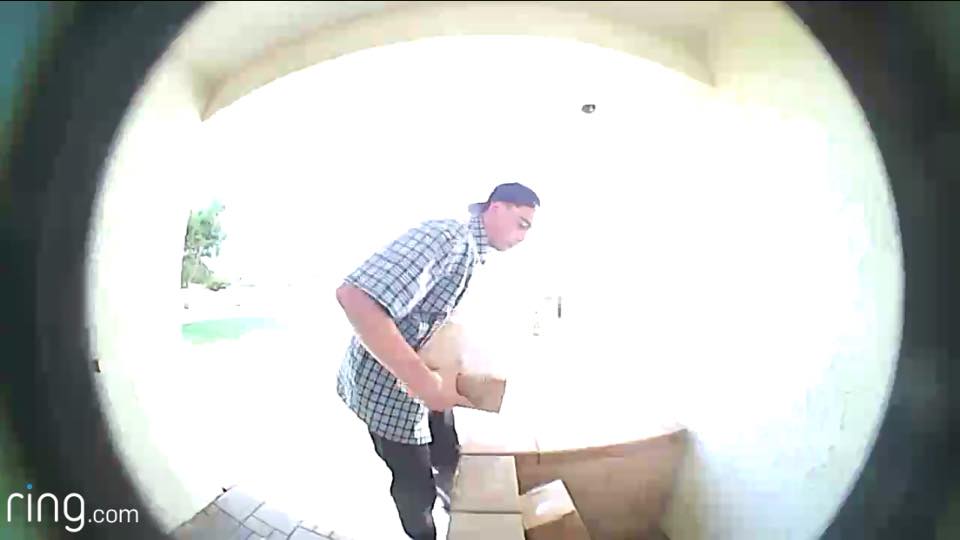 HESPERIA, CA:(VVNG.com)- A local homeowner has taken to social media to help spread the word about a package thief.

A “Ring” doorbell camera installed on the front porch of a home caught the entire thing on video.

At 12:30 pm. on Tuesday, September 27th a UPS delivered several boxes to Bob Holland’s doorstep on the 7000 block of Oakwood Avenue in Hesperia.

Bob Holland is concerned other residents could be victims. “I don’t think they were following the UPS truck around, but probably randomly driving around looking for packages,” stated Holland.

Anyone with information is urged to contact the Hesperia Sheriff’s station at (760)947-1500.