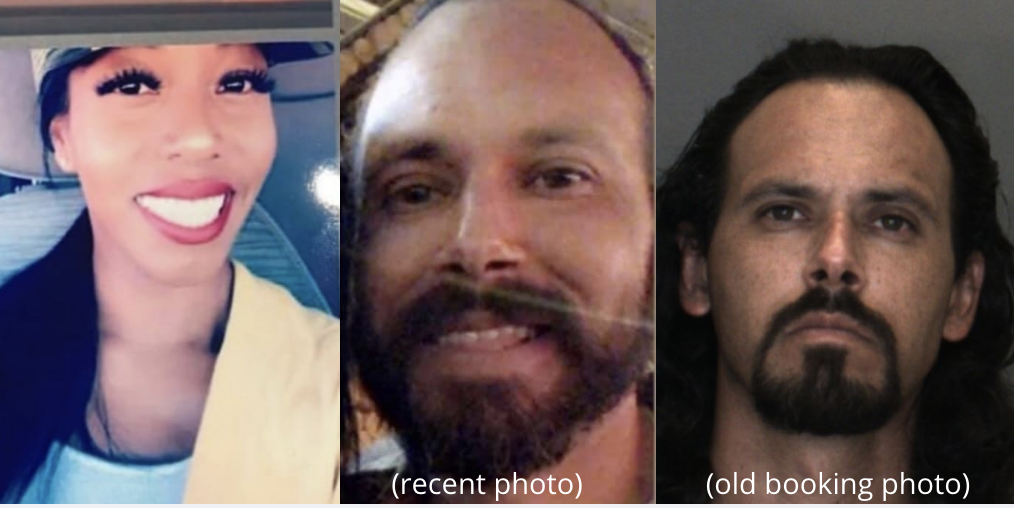 HESPERIA, Calif. (VVNG.com) — A murder suspect considered to be armed and dangerous remains on the run nearly two weeks after killing a 35-year-old woman and robbing an elderly man at his home.

The suspect, Phillip Williamson, 37, of Hesperia, is wanted for the cold-blooded murder of Brandi Jones, who leaves behind a 15-year-old daughter that had just started high school.

Investigators haven’t provided a motive for the killing or commented on how Brandi knew the suspect but investigators did confirm Williamson knew both his victims prior to the incidents.

On Friday, August 30, 2019, at about 10:00 am detectives from the Apple Valley Sheriff’s Department were called to a residence in the 20000 block of Wisconsin Street to investigate a strong-arm robbery and suspicious circumstances call.

Deputies learned Williamson forced the victim, a 76-year-old man, into giving him several hundred dollars and a handgun.

Before driving away, Williamson made the elderly victim look inside the backseat of the white Hyundai and showed him the partially covered body of a woman, officials said.

According to people with knowledge of the incident, Williamson drove the residence looking for the victim’s son who he was upset with.

After learning of the incident deputies responded to Williamson’s home address in the 19100 block of Yucca Street in Hesperia where they found evidence of a struggle and conducted an investigation.

Later that night at approximately 10:40 pm, the white Hyundai was located abandoned in a dirt field near Wisconsin Street in Apple Valley. The victim, Brandi Jones, was found deceased inside the vehicle. Police conducted an extensive search of the area and were unable to locate Williamson.

On September 10, 2019, just before 7:00 am firefighters responded to the victim’s home on Wisconsin Street and when they arrived the home was fully engulfed in flames. No injuries were reported as a result of the suspicious fire. Sheriff’s Spokeswoman Jodi Miller told Victor Valley News that Sheriff’s Bomb and Arson team responded and conducted the investigation. The cause of the fire remains under investigation.

According to a previous VVNG.com article, in 2017, Hesperia deputies responded to the same house on Yucca Street after Williamson was accused of kidnapping his two children at gunpoint from a nearby park and then engaging in a stand-off with authorities at the Yucca Street address.

Williamson reportedly pulled out a gun and pointed it at the victim saying he was going to take his children, then put the children in his vehicle and fled the location,” authorities said in a 2017 press release.

According to court records, Williamson was sentenced in September 2017 to two years, with a credit of 37 days served for various charges including Assault With Firearm On a Person, Felon/Addict/Etc Possess Firearm, Criminal Threats which will Result in Death or GBI and more.

Family and friends are devastated over the loss of a woman who positively impacted the lives of people around her. Brandi leaves behind a daughter, her mom, dad, two brothers, nieces and nephews, and many family and friends

“I just want him found so he can feel the pain we are feeling, he took our precious Brandi and we will never get her back,” stated Mahogany Francis, Brandi’s cousin.

Phillip Williamson remains outstanding and is considered armed and dangerous.  Anyone with information regarding his whereabouts is asked to immediately call 911.