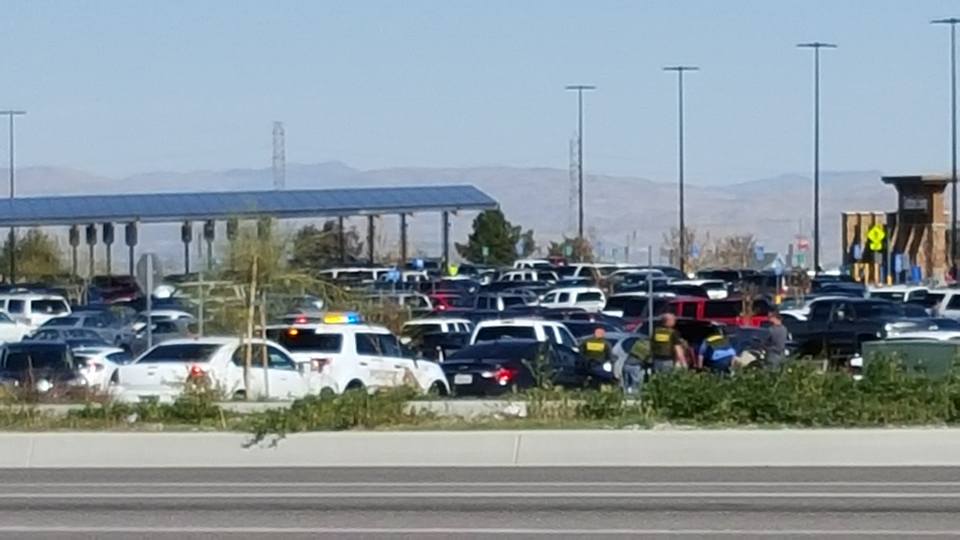 HESPERIA-(VVNG.com):  A Hesperia mother and son were arrested on Monday, February 29, 2016, following a Friday night terrorist threats report in the 9000 block of Seal Beach Drive.

During an argument at a family member’s home, suspect Victor Reyes, 38  reportedly pulled out a gun and threatened a juvenile. An arrest warrant was issued for Reyes, who fled the scene before deputies arrived.

A felony stop was conducted and the vehicle was found to be occupied by Victor Reyes and a juvenile. Deputies searched the vehicle and found a loaded .45 caliber handgun with a bullet in the chamber and a loaded 9mm handgun both in the center console.

That evening, at around 5:38 p.m. a search warrant was served at Reyes’ residence in the 9000 block of Carson Avenue where drugs and ammunition were found. Melinda Ontiveros, 56 the suspect’s mother, according to Sheriff’s officials kicked and scratched deputies at the scene.

Ontiveros was booked into the High Desert Detention Center for Obstructing or resisting executive officers in performance of their duties.  Ontiveros posted bail and was released at early Tuesday morning, per jail records.

Reyes was arrested and also booked into the High Desert Detention Center for Terrorist threats and outstanding warrants. During the booking process, it was discovered the suspect had drugs hidden on his person. Additional charges of Bringing a controlled substance into a prison, camp or jail, were added. Reyes remains in custody and has an arraignment hearing set for Wednesday, March 2nd at the Victorville Superior Court.