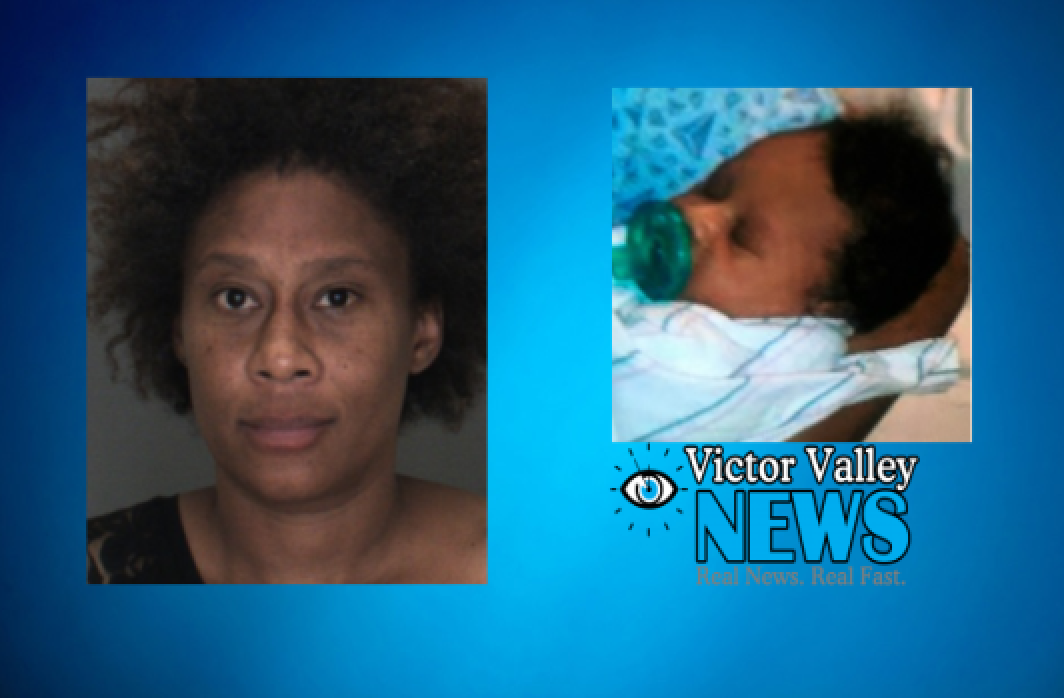 HESPERIA-(VVNG.com):  A Hesperia woman is arrested after her 2-month-old baby went missing, and deputies are now asking for the public’s help in locating the missing baby.

Deputies from the Hesperia station are seeking information leading to the whereabouts of a two-month-old infant belonging to a 42-year-old transient woman. The search for the missing infant began when a 911 call was made reporting the missing infant Saturday evening at around 7:26 p.m.

The reporting party told dispatchers that Tina Baxter’s baby was missing and could not be accounted for. Through investigation, deputies determined that the baby was seen earlier that day at the Days and Nights Inn on the 14800 block of Bear Valley Road.

Deputies have made contact with family, friends and any known acquaintances of Baxter without any leads to the whereabouts of 2-month-old Ashlynn Thomas. Baxter was arrested and booked at High Desert Detention Center for Child Endangerment.

Detectives state that it’s unclear if baby Ashlynn is in the care of a person or was placed in a dumpster as initial reports stated.

Hesperia Station is asking for the public’s help in locating Ashlynn Thomas. Ashlynn was last seen wearing a pink and white, one piece pajama sleeper, with a black jacket that has multi-colored stars on it. Ashlynn has a dark hairy birthmark on her right forearm and a dark birthmark on the bottom of her left foot.