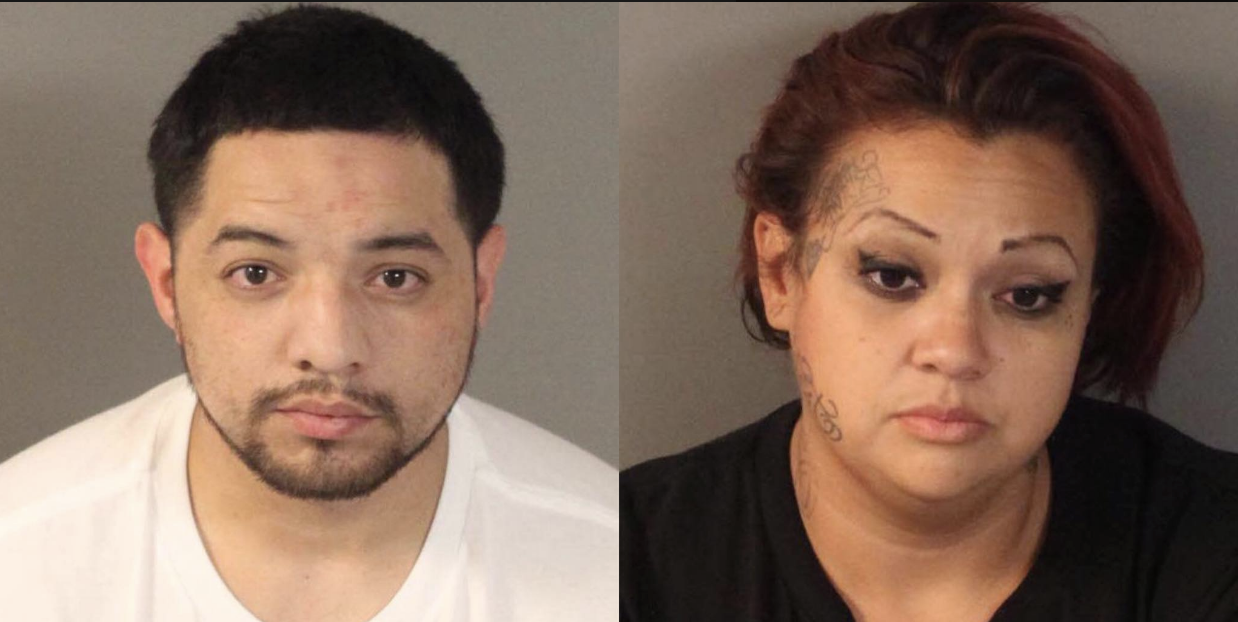 HESPERIA, Calif. (VVNG.com) — A Hesperia couple charged with identity theft were arrested nearly 500 miles away from the Victor Valley by the Placer County Sheriff’s Department.

The suspects, Priscilla Romero, 27, and Jairo Guizar, 28, both of Hesperia, were arrested yesterday at about 2:40 am in Auburn, CA.

According to the Placer County Sheriff’s Office, deputies spotted a suspicious car that was parked in a low-lit area behind a closed restaurant.

Both suspects were sleeping and were awakened by the deputies, officials said. Guizar was on Post Release Community Supervision out of San Bernardino County.

“When deputies searched the vehicle they found two glass pipes; syringes; a box of ammunition; a butterfly knife; a check, mail, documents and credit cards belonging to other people; documents with handwritten credit card information; an embosser (stamp machine used to imprint numbers on a card); an electronic card reader (used to encode account information on the credit card’s magnetic strip); and blank cards used to make credit cards. When deputies searched Romero, they found methamphetamine in her pocket. Deputies found 16 victims of possible identity theft,” sheriff’s officials said in a news release.

Both were arrested and booked at the Auburn Jail. Guizar was charged with possession of credit card manufacturing equipment, identity theft and conspiracy to commit a felony.