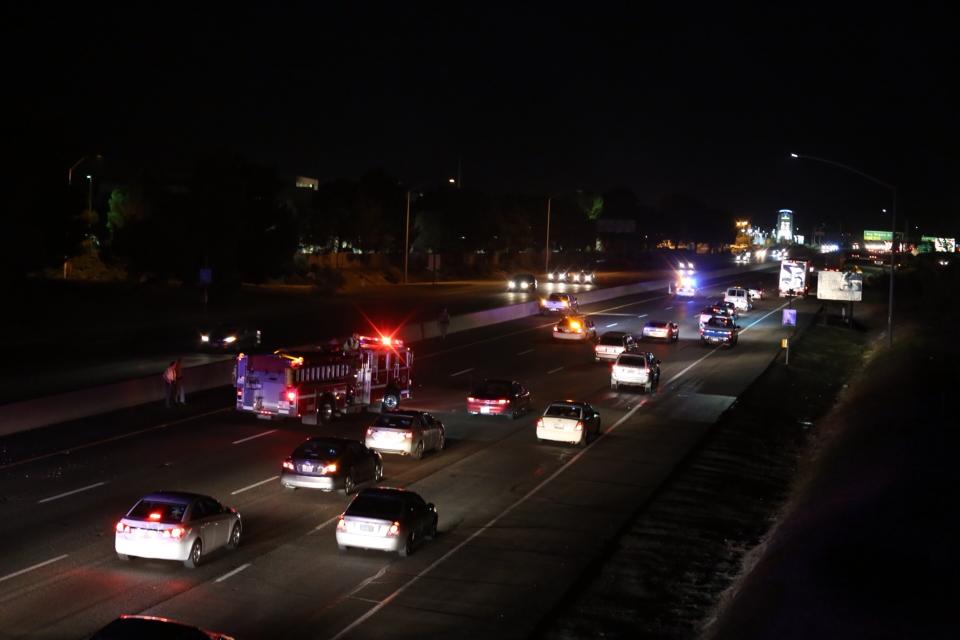 VICTORVILLE:(VVNG.com)- San Bernardino Sheriff’s dispatch received a report of a pedestrian struck on the north bound 15 freeway at approximately 8:30 p.m., on Friday. The collision was reported to be between Palmdale Road and Roy Rogers Drive.

“I drove right past him last night. He was laying in the fast lane face down. Didn’t know that there was a human being laying there. Unrecognizable,” stated Rod Newholm.

According to a news release, the pedestrian was trying to run east across the freeway when he was first struck by the 2007 Toyota Tacoma that was traveling northbound. The pedestrian was then propelled into the #1 lane where he was subsequently hit by the 2012 Chevrolet Cruze.

An airship was requested to transport the injured male described as a 34-year-old Hesperia resident to a trauma hospital. He was taken by ground ambulance to Victor Valley Global Medical Center. A short time later the request for the airship was cancelled. Per scanner traffic, the unidentified male had succumbed to his injuries.

CHP escorted both vehicles to the Chevron parking lot located at the corner of La Paz Drive and Hook Boulevard. The drivers were interviewed and later released.

No further details regarding the cause of the accident are available. The collision is currently under investigation by the Victorville area CHP office. Anyone with information is urged to call (760) 241-1186. 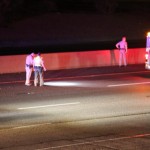 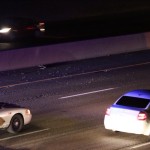 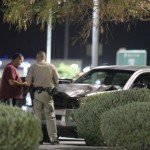