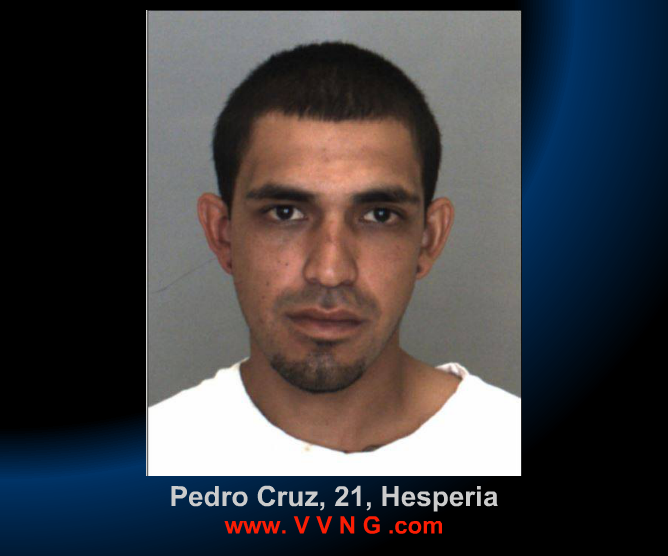 VICTORVILLE-(VVNG.com):  On Tuesday, February 17th Pedro Cruz, 22 of Hesperia pleaded guilty to charges of having sex with two teens that he met through Facebook. The two charges of unlawful sex with a minor more than three years younger were only two of the four charges Cruz faced.

Based on an initial report made by the 16-year-old girl and her grandfather accused Cruz of not only unlawful sex with the minor, but also forcing himself on the teen. The victim and Cruz allegedly were communicating via Facebook messages when the girl was picked up by the defendant. According to the police report, the victim believed they were heading to a party when Cruz took her to another location where he then raped her.

According to the Deputy District Attorney, there was not enough evidence to support the report of forced sex.

In addition to the charge of unlawful sex with the 16-year-old girl, Cruz also was charged with having sex with a 14-year-old girl who he also met on Facebook in June of 2013.

Cruz accepted a plea bargain which dropped two additional charges for oral copulation with a minor. Cruz, because of a prior strike will serve 80 percent of his possible, 5-year sentence. He is due in court on March 17th for sentencing.