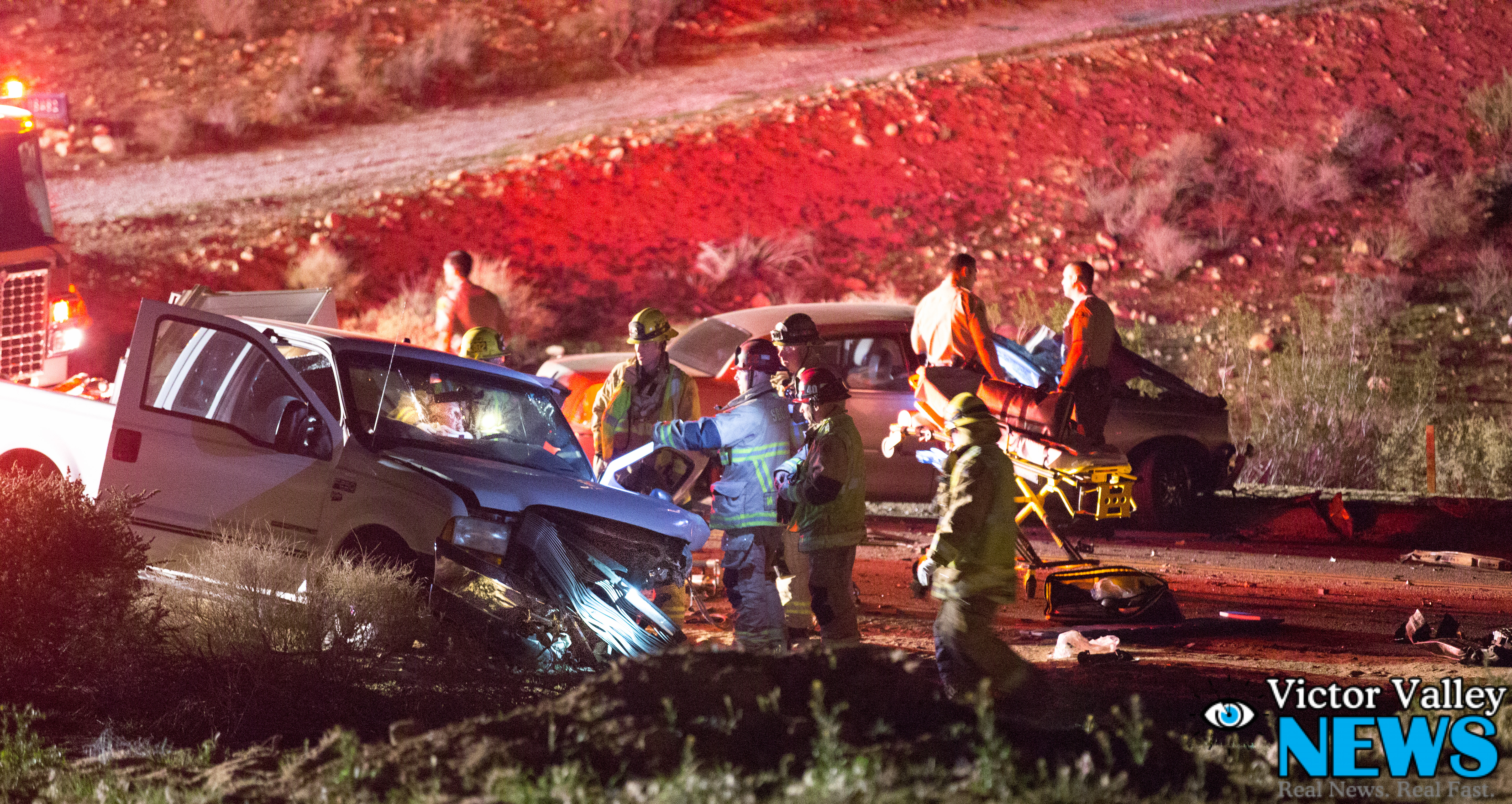 Deputies from the Hesperia station and firefighters from San Bernardino County Fire responded to a two vehicle head on traffic collision on Carob Street east of Ivy Street. The two vehicles involved were a Lincoln Towncar and a Ford F-250.

Martinez, the driver of a Lincoln Continental, Martinez was pronounced deceased at the scene.

There were three occupants inside the Ford truck, a man, a woman, and an infant. The infant sustained a head injury and all three were transported by helicopter to area hospitals.

The child is reported to be hospitalized and suffering from trauma in his brain.

“We do believe the Lincoln car crossed over the double yellow line and was in the eastbound lanes of traffic when the collision occurred,” stated Sgt. Doug Hubbard.

“We also determined that there had been a large Pit Bull in the Lincoln Continental that had been ejected from the vehicle, and suffered some serious injuries.”

Hesperia Animal Control responded and took possession of the dog. The extent of those injuries are unknown.

The Hesperia Major Accident Investigation Team is conduction the investigation. It’s unknown if speed or alcohol was the primary collision factor in the crash. 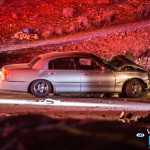 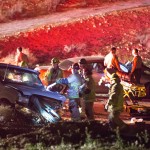 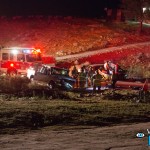