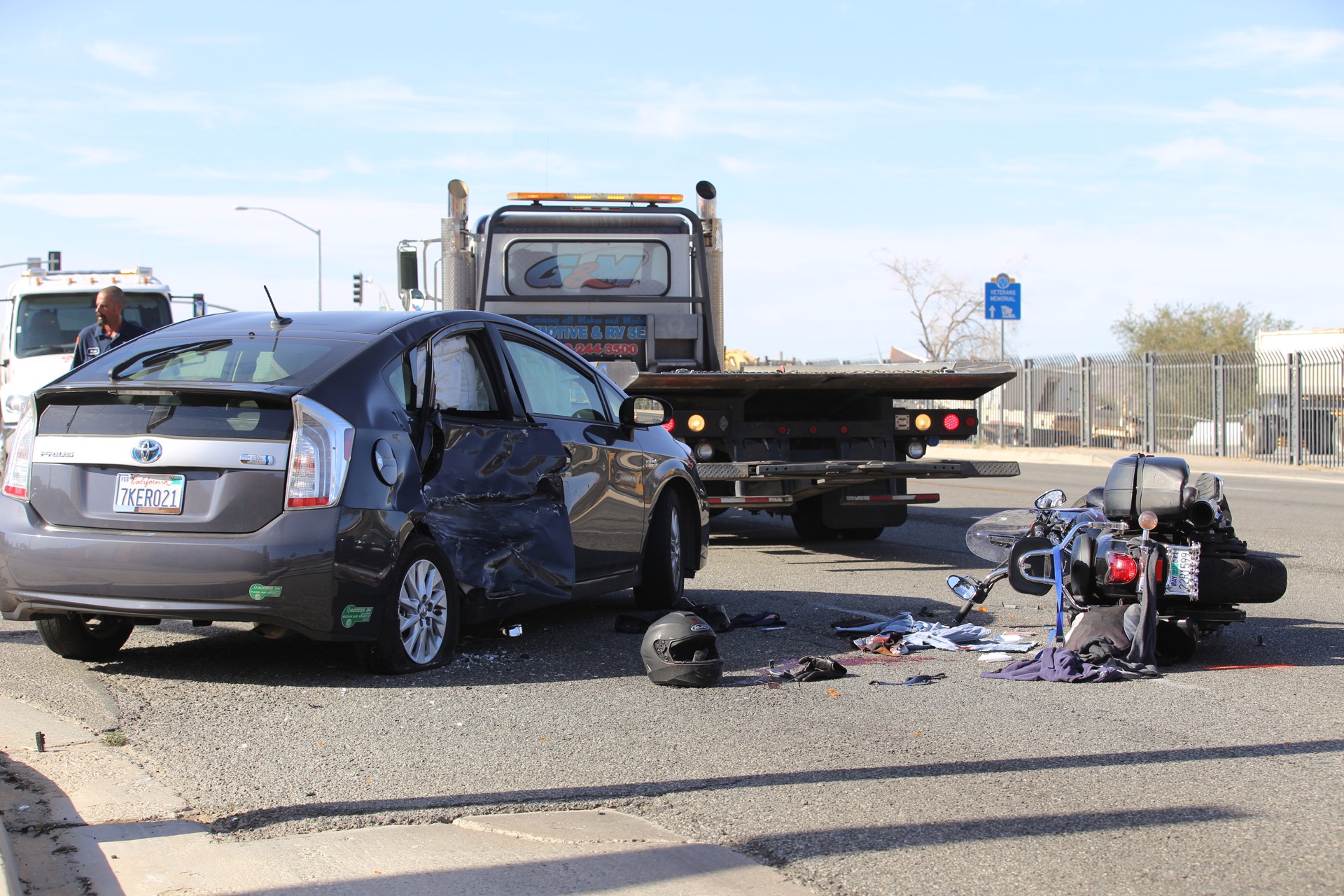 VICTORVILLE, CA:(VVNG.com)– A 66-year-old Hesperia man is recovering from injuries sustained in a motorcycle crash on Friday, October 14th.

At approximately 2:35 p.m. dispatch received reports of a traffic collision at the intersection of D Street and Tenth Street in Victorville.

According to Sheriff’s spokeswoman Mara Rodriguez, a gray Toyota Prius was westbound on D Street and attempting to make a left-hand turn towards 10th.

“The driver failed to yield to a motorcycle traveling Eastbound on D Street, causing the motorcycle to broadside the Prius,” stated Rodriguez.

The driver of the motorcycle was transported by ground to a local hospital and then airlifted to Arrowhead Regional.

“He had a large laceration to his leg and a possible compound fracture to his wrist. However, he was alert and talking at the scene.”

he driver of the Prius did not appear to be suffering any injuries at the time of the collision and was cited.