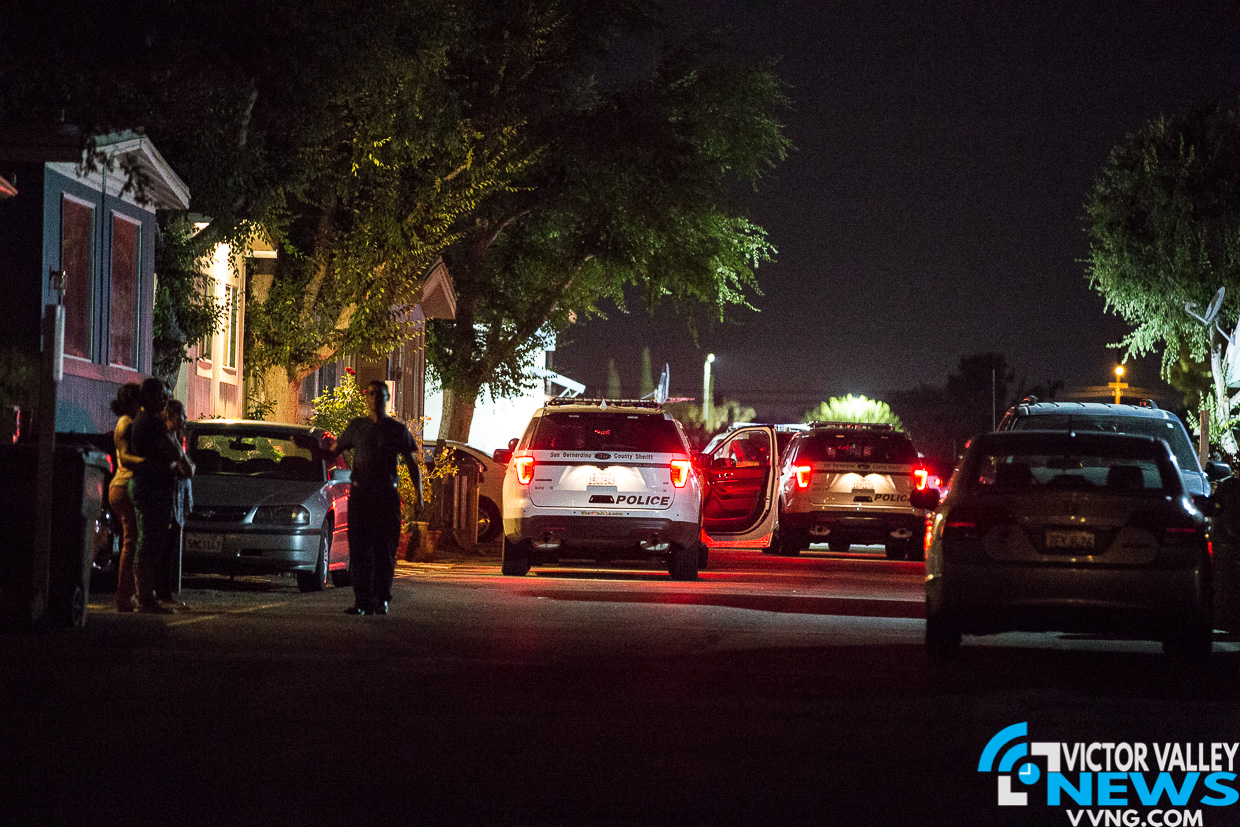 At about 9:25 p.m., 911 dispatch received reports of a person heard screaming followed by a gunshot inside of a mobile home park in the 9000 block of Hesperia Road north of Sultana Street in Hesperia.

As the deputies were responding the scene, dispatch received information that the shooting victim was being transported to a local hospital via a personal vehicle,  per police scanner reports.

Deputies made contact with the victim at the hospital and his condition remains unknown.

Back at the mobile home park, deputies were focusing their investigation on a shed outside of a mobile home.

A sheriff’s helicopter assisted ground deputies in the search for the suspect, however, it’s unclear if any arrest has been made.