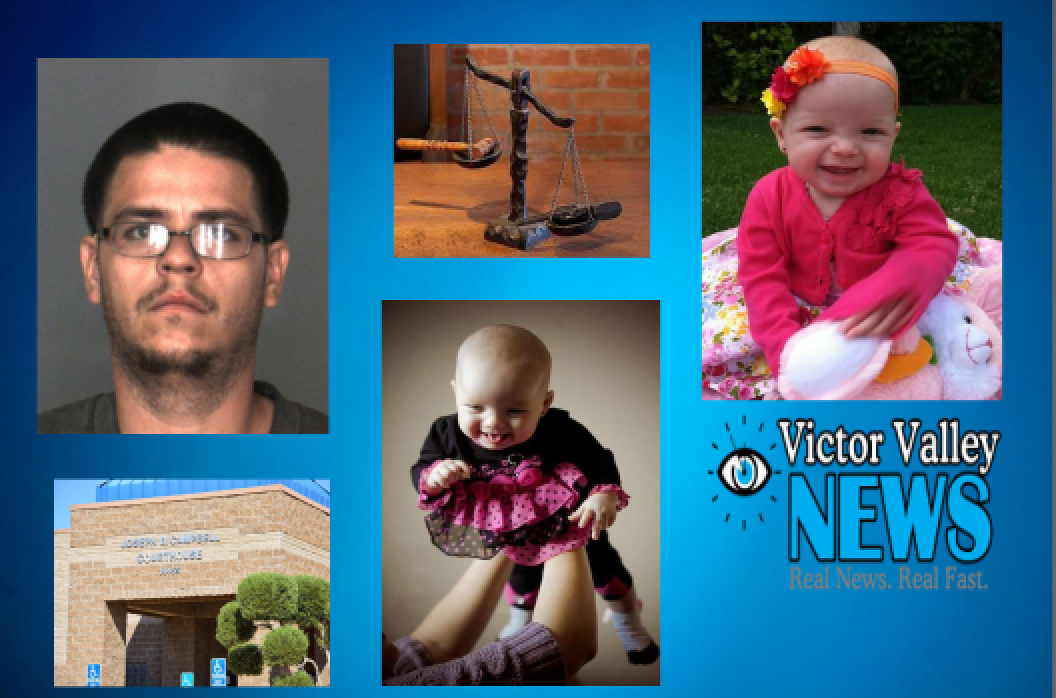 HESPERIA-(VVNG.com): A Hesperia man was convicted on Thursday for killing a one-year-old girl the San Bernardino District Attorney’s office said. The 25-year-old man, on August 28, 2013 placed his foot on the small child’s chest and pressed down with most of his weight. The jury found the man identified as Daniel Ruiz guilty of one county of Second Degree Murder and one count of Assault on a Child Causing Death.

The incident occurred as Ruiz returned home from work and realized that Terra, his girlfriend was not home. He went to her friend’s apartment around the corner, knowing she would likely be there. When he arrived the women were there with Andrea’s two children, and they asked Tuiz to watch the kids so they could go to the store to purchase milk. One of the two children was the one-year-old victim, Scarlett. The women were gone for about 30-45 minutes.

“During his interview with law enforcement, the defendant stated that it felt as if the two ladies were taking advantage of him,” said Lead Deputy District Attorney Kathleen DiDonato, who prosecuted the case. DiDonato also said that Ruiz walked over to Scarlett, who was lying on the floor, propped up on the pillow watching television. “He then placed his left foot on her chest, applying most of his 230 pounds of weight on her body,” DiDonato said. “Scarlett began gasping for breath.”

He then released his foot, walked over to the television and changed the channel for 2-3 minutes. When he turned around, he noticed Scarlett was having a seizure. According to the November 20th, District Attorney’s press release he then tapped on the toddlers cheek, hoping she would snap out of it. He then heard her mother and his girlfriend returning home so he ran outside to tell them that Scarlett was having a seizure and she needed medical attention.

Andrea, Scarlett’s mother who was for unknown reasons, unable to call 911, grabbed her baby and ran across the street to the fire station.  Scarlett succumbed to her injuries a short time later in the hospital. It was later determined that Scarlett suffered from  internal injuries as a result of the incident.

Ruiz first denied knowing what happened to cause Scarlett’s seizure, but he later admitted to purposely stepping on Scarlett due to stress and the fact that he felt the ladies were taking advantage of him.

“The defendant stated that he actually felt better after stepping on the victim, as he sat there watching television,” DiDonato said. “The whole time, Scarlett was behind him, lying on the floor trying to catch her breath. Fighting for her life.”

Ruiz faces 25 years to life when sentenced on January 15th at the Victorville Superior Court.