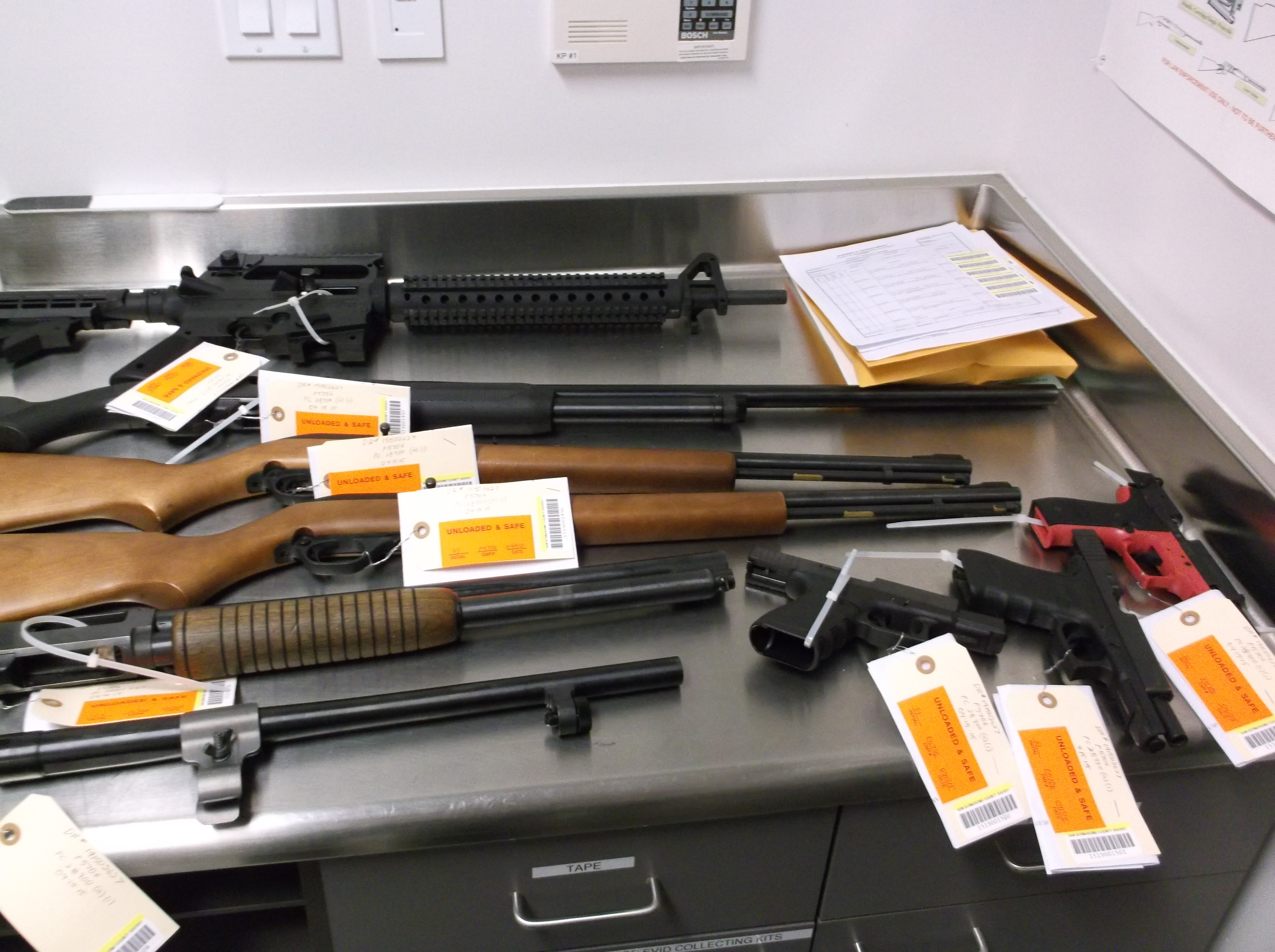 HESPERIA-(VVNG.com): A 31-year-old Hesperia man was arrested for being a convicted felon in possession of firearms in the 15000 block of Mauna Loa Street.

Gary Hoyle was arrested on April 15th at approximately 4:35 P.M., following service of a search warrant. The search warrant was requested following deputies responding to a child custody issue at the residence. During their investigation they obtained information leading to the search warrant being served at the location with the assistance of Hesperia and Regional Gang Teams.

One of the semi automatic pistols located was found to be loaded and in reach of children in the household. A report will be submitted to the District Attorney’s Office reference possible child endangerment by another member of the household. None of the weapons appear to be stolen.

Suspect Gary Hoyle was arrested and booked at High Desert Detention Center in Adelanto for Felon in possession of firearms. Hoyle was released on bail on April 16th at 3:12 P.M. At this time no court dates are scheduled.