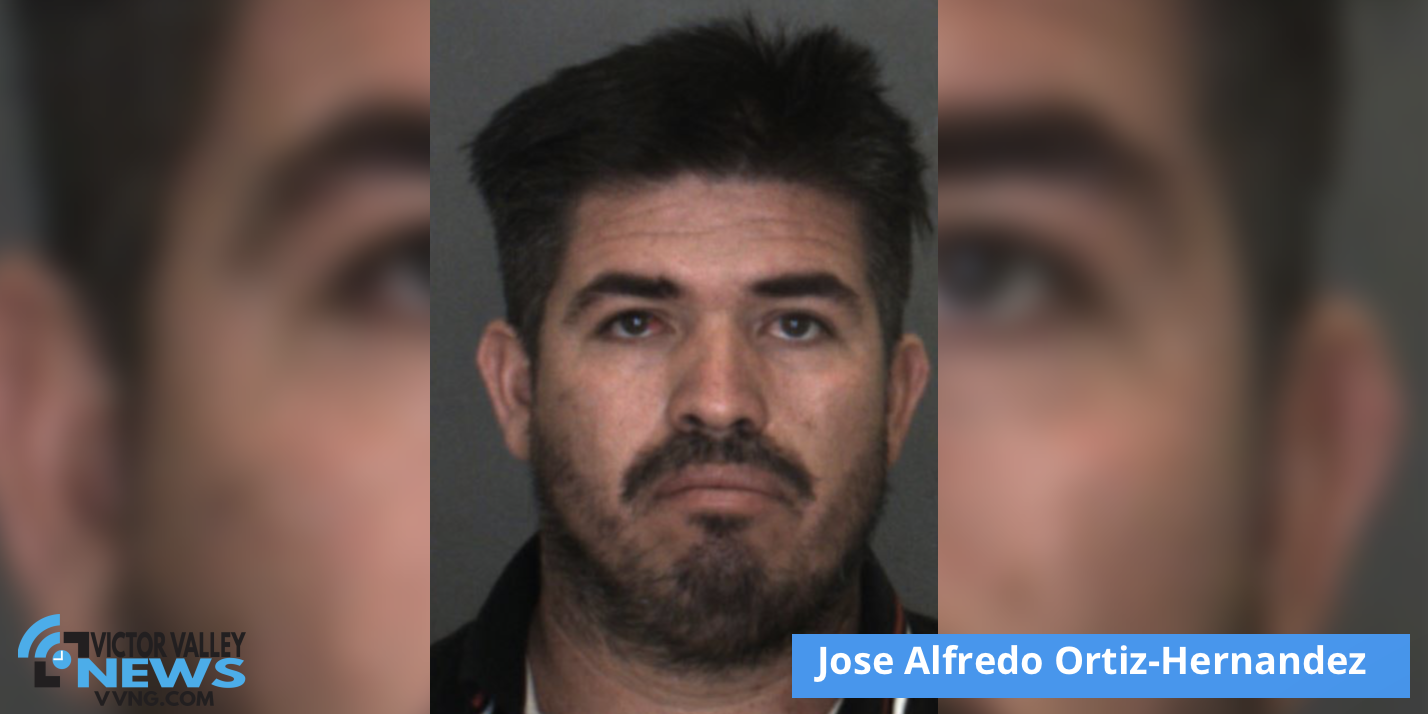 The suspect, Jose Alfredo Ortiz-Hernandez was arrested on November 7, 2018, after a two-month long investigation by a deputy with Child and Adult Protective Services Central Station.

According to a sheriff’s news release, the investigation began in October 2018, when Children and Family Services informed the deputy of two sisters who were 14 and 15 years of age and sexually abused by an adult.

“On November 6, 2018, a victim disclosed to the investigator she was sexually abused by Jose Alfredo Ortiz-Hernandez multiple times and they began communicating through social media,” stated the news release.

Authorities said Ortiz-Hernandez had sexual intercourse with the victims numerous times in the county area of San Bernardino, Colton, and Hesperia.

“Ortiz-Hernandez provided drugs to the victims and sexually assaulted them,” officials said.

Ortiz-Hernandez was booked at the High Desert Detention Center and charged with multiple felony sexual abuse crimes. Ortiz-Hernandez’s case has been adjudicated, he pleaded guilty to the charges and was sentenced to state prison which will require him to register as PC 290 Sex Registrant.

Ortiz-Hernandez is believed to have friended adolescents/teenagers and provided them with alcohol and drugs. Investigators believe there may be additional victims and urge the public to come forward if they have additional information on this case.

We urge the public to call or text law enforcement when they see suspicious activity. Witnessed and victims of crime can call Central Station at (909) 387-3545. Callers who want to remain anonymous can call the We-Tip Hotline at 1-800-78-CRIME(27463), or they can use www.wetip.com.