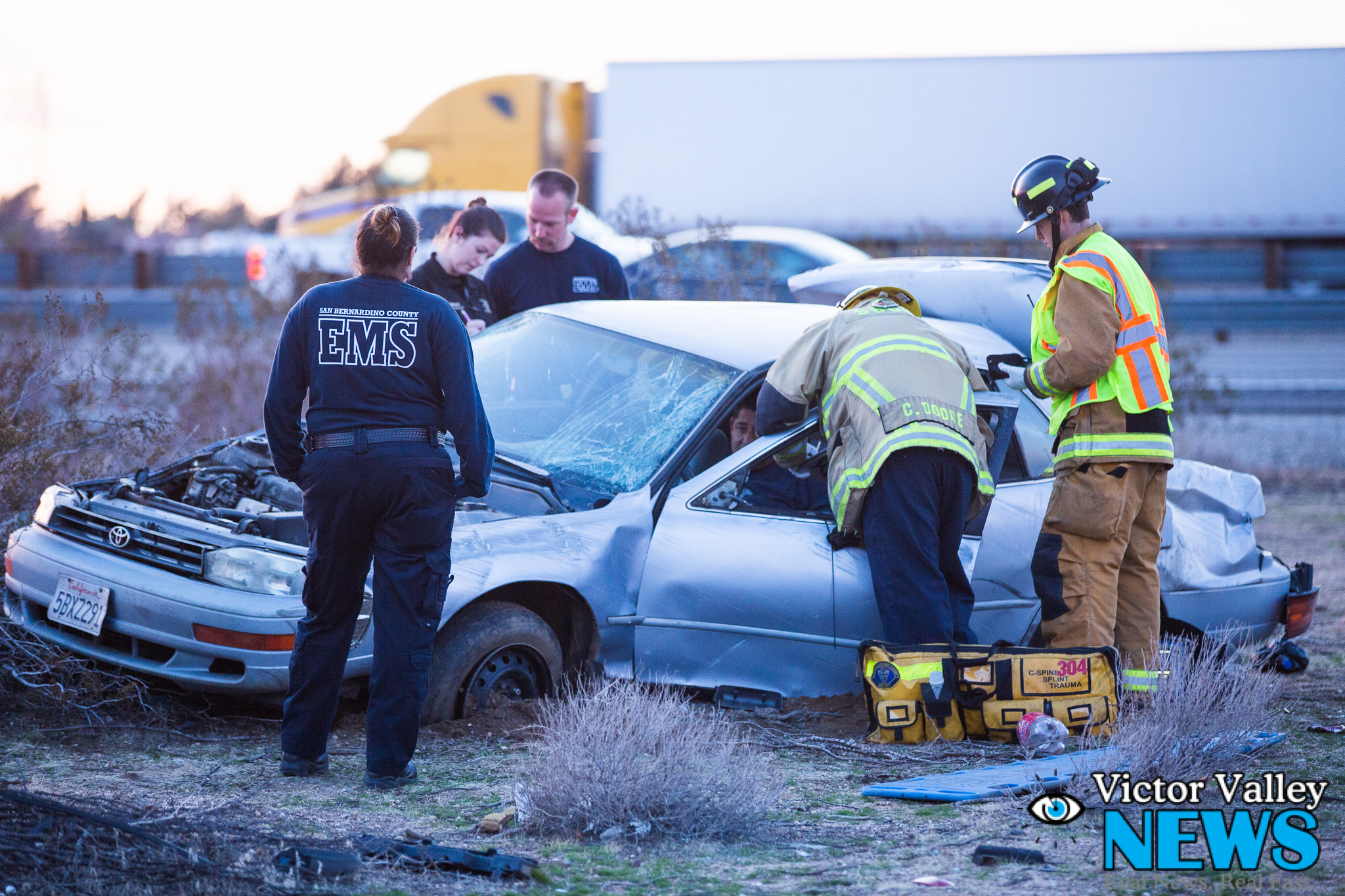 HESPERIA-(VVNG.com): A 44-year-old Hesperia man was arrested Wednesday evening after getting into a collision and subsequently being found to be under the influence. On January 20, 2016, just before 5:00 p.m. Hesperia Station deputies were dispatched to a single vehicle rollover on Mariposa Road and Eucalyptus Street.

Upon arrival deputies located the 1994 Toyota Corolla  rolled off the roadway.  The vehicle came to a stop in an area that made it difficult for the tow truck to remove from the scene causing a two-hour road closure.

The driver, identified as Henry Quezada was uninjured but was arrested on suspicion of driving under the influence.  Quezada was cited and released at 9:13 a.m. on Thursday, January 21st. There are no court appearances scheduled at this time.