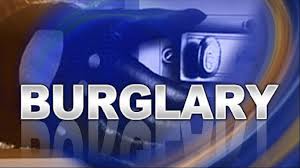 HESPERIA: On January 26, 2014, at 5:35 a.m., Hesperia Deputy Brendan Motley was patrolling the area near Main street and “C” avenue when he initiated a traffic stop on a pick-up truck matching a suspect vehicle description in several local burglaries.

According to a release, the driver, identified as Ralph Anaya, 52, Hesperia, was in possession of evidence connecting him to two recent commercial burglaries.

Deputy Motley arrested and booked Anaya at the West Valley Detention Center for PC459, burglary, with his bail set at $175,000.

Detectives from the Hesperia Station have subsequently linked Anaya to thirteen other commercial burglaries and anticipate they will connect him with several more dating back to November 2013. Additional charges against Anaya are pending.

Anyone with information regarding these crimes is asked to please contact Detective Jarrod Burns at the Hesperia Station, 760-947-1500.