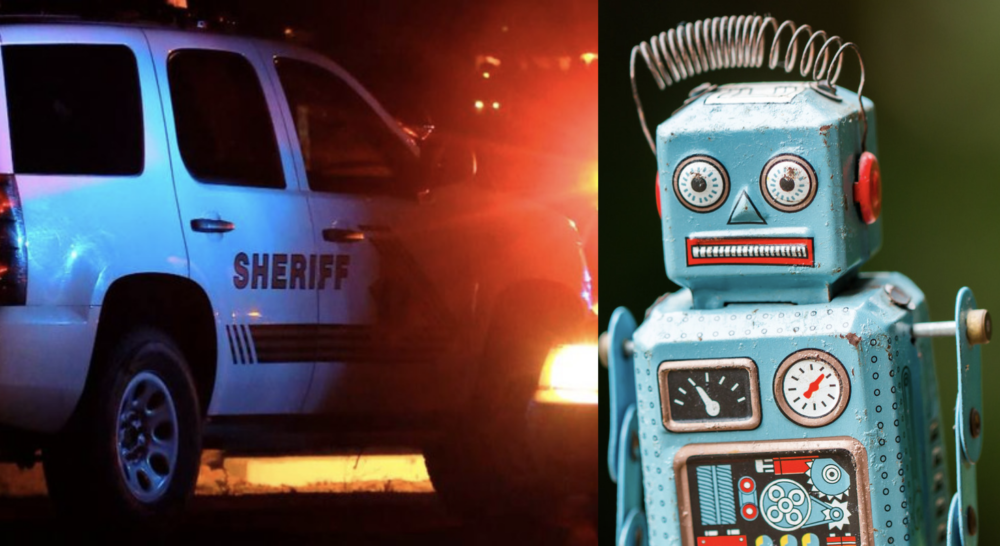 VICTORVILLE, Calif. (VVNG.com) — A Hesperia man was arrested for residential burglary after hallucinating that he was being chased by a robot trying to kill him, officials said.

The suspect, 38-year-old Andrew Streety, was hallucinating that he was being chased by a robot and kicked in the front door of a residence, officials said.

“Streety entered the residence and started to look for the robot when the homeowner ordered him to leave,” stated Adelanto sheriff’s spokeswoman Staci Parks. “Street was safely detained 3 residences west of the incident location.”

Parks said the victim did not allow Streety inside her residence and did not know who he was. “Under Miranda, Streety stated he was being chased by a robot who was going to kill him,” stated Parks.

Streety was arrested for PC459 Residential Burglary and he remains in jail. His bail is set at $125,000 and he is scheduled for a court arraignment on March 25, 2020.