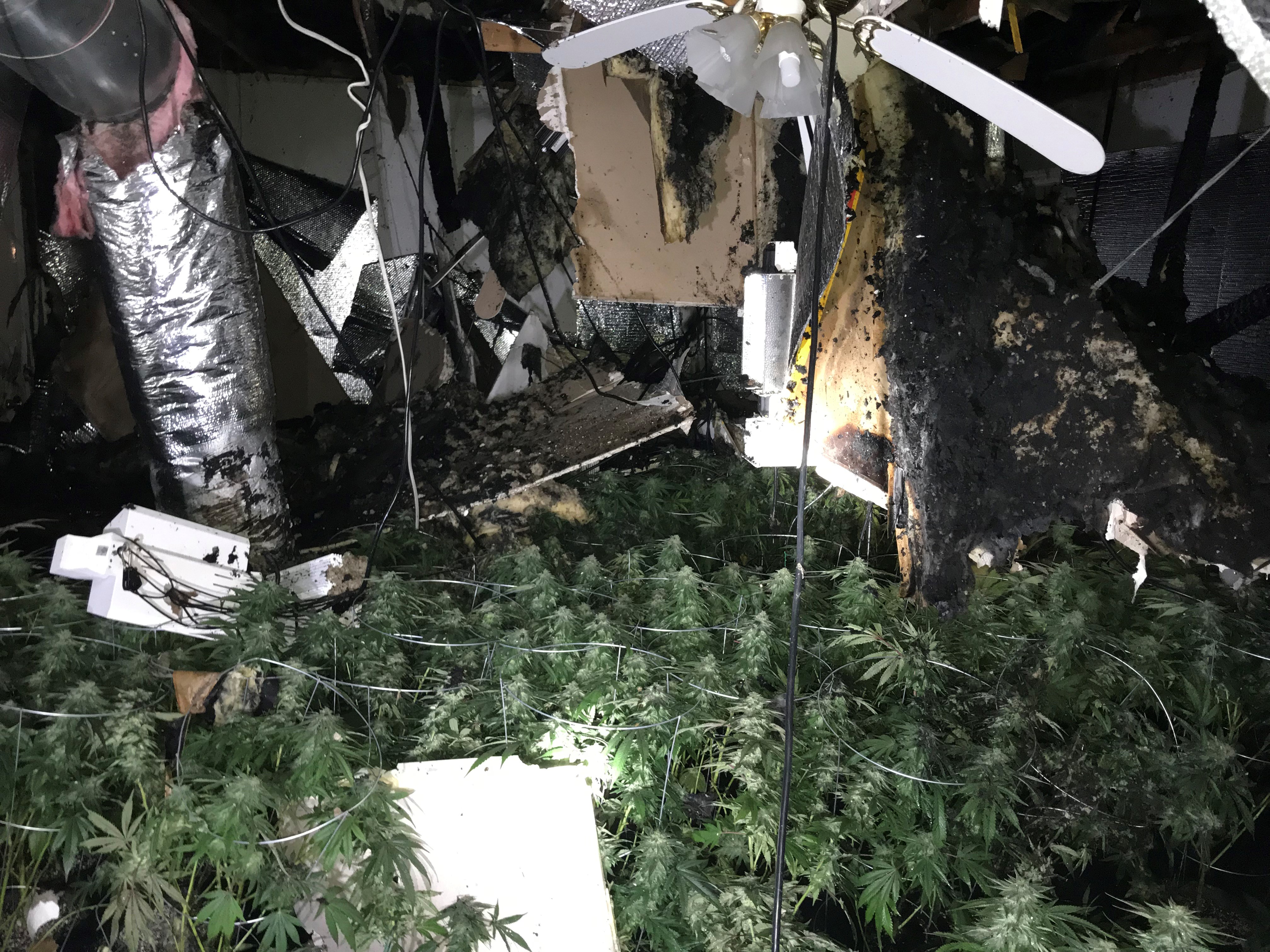 It happened at about 9:00 pm, on Saturday, January 26, 2019, when San Bernardino County Firefighters responded to a house fire in the 11400 block of Oakwood Avenue in Hesperia.

Firefighters and deputies made entry inside the residence and confirmed it was being used as marijuana grow operation.

The suspect, Kong Zhang Ni, 45, of Hesperia, was apprehended by sheriff’s deputies as he attempted to flee the fire with his belongings, officials said.

According to a sheriff’s news release, “the location had marijuana grow operation that used advanced lighting, air conditioning, fans, exhaust blowers, and air filtering systems, which had been used to control the climate inside the residence, as well as the odor of marijuana coming from it.”

Officials said suspects who grow marijuana illicitly will commonly bypass the electrical meter installed by the electrical company. “This is done due to the high amount and cost of electricity needed to operate the marijuana growing equipment.”

An electrical short caused by the unpermitted electrical wiring is believed to have caused the fire.

“The suspect did not obtain a business license from the city of Hesperia, nor did he have a license from the State of California to cultivate cannabis. Personnel from the Hesperia Code Enforcement Division will begin their own investigation,” stated the sheriff’s news release.

The electrical power was disconnected by SCE, and the residence will be “red tagged” as unsafe to occupy.

Anyone with information regarding this investigation is urged to contact the Sheriff’s Gangs/Narcotics Division at (909)387-8400 or NARC-MET@sbcsd.org. Callers wishing to remain anonymous are urged to call the We-tip Hotline at 1-800-78-CRIME (27463), or you may leave information on the We-Tip Hotline at www.wetip.com.