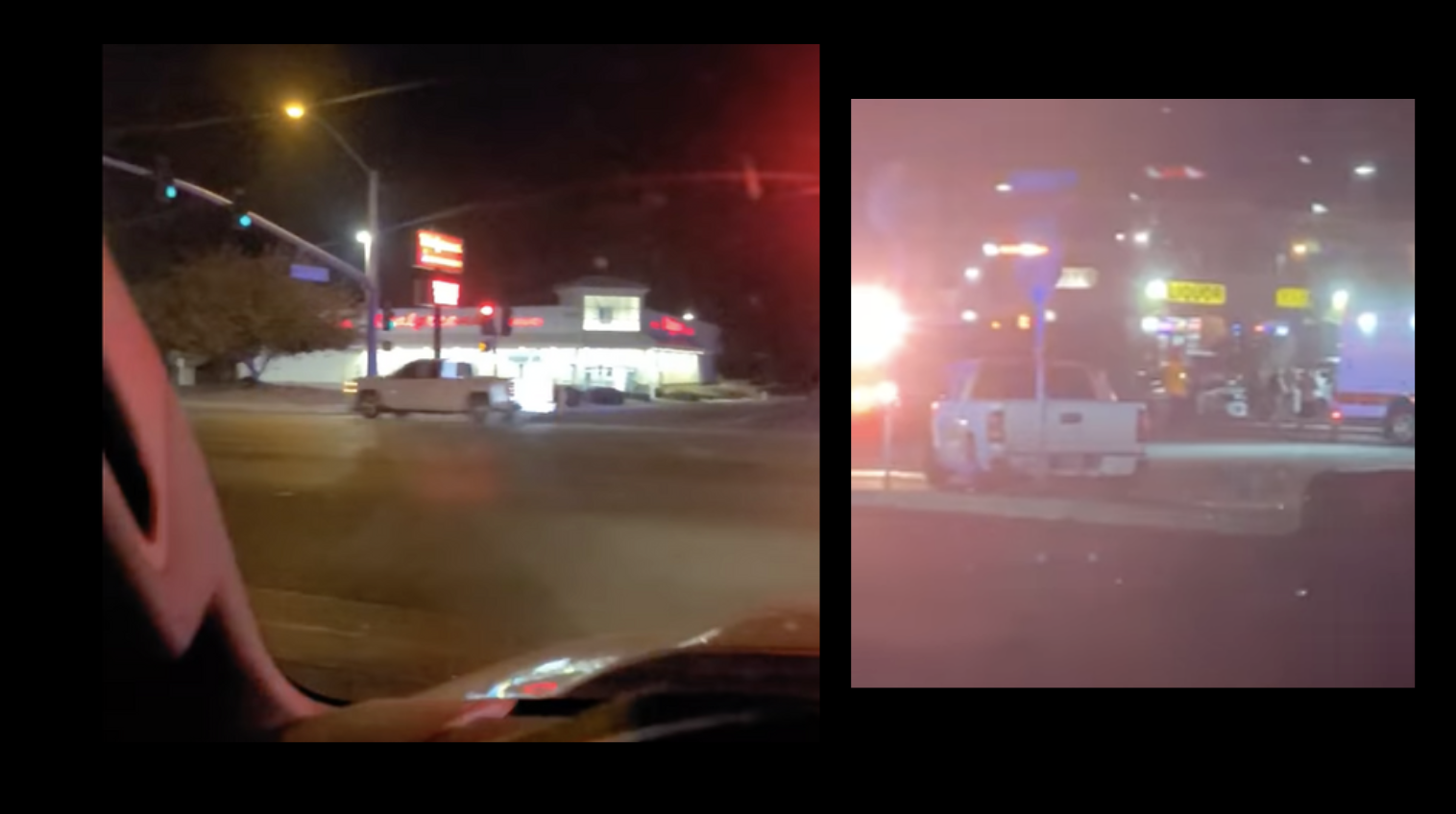 HESPERIA, Calif. (VVNG.com) — A 34-year-old Hesperia man was arrested after leading police on a wild pursuit that ended in a crash with a semi.

It happened at about 9:12 pm, on Thursday, October 14, 2021, when deputies with the Hesperia Station responded to a residence located in the 8000 block of Gaylop Avenue in reference to a suspicious vehicle.

After speaking with the reporting party, deputies responded to Cruz’s residence to conduct a welfare check on Cruz’s family members. A records check revealed an active domestic violence restraining order against Cruz and his family members listed as the protected parties.  Cruz had been at the residence and while deputies were on scene, Cruz returned in his vehicle.

When deputies attempted a traffic stop, Cruz failed to yield and a pursuit ensued. During the pursuit, Cruz’s vehicle reached speeds of nearly 115 miles per hour and failed to stop at multiple posted stop signs and traffic signals. The pursuit continued through the city of Hesperia and eventually into the city of Victorville where deputies with the Victorville Police Station assisted.

The pursuit concluded when Cruz failed to stop at a red traffic signal and collided with an unrelated semi-truck at the intersection of Bear Valley Road and Ninth Avenue in Victorville. Cruz exited his vehicle and after a short foot pursuit with deputies, he surrendered without further incident.

Cruz sustained minor injuries from the collision and was transported to a hospital for treatment by rescue personnel with the San Bernardino County Fire Department. The driver of the semi-truck did not sustain any injuries.

After treatment, Cruz was booked in at the High Desert Detention Center for VC2800.2(a) – Evading a Peace Officer with Disregard for Public Safety. Additional charges of hit-and-run and Cruz’s violation of the restraining order will be submitted to the District Attorney’s Office for consideration.