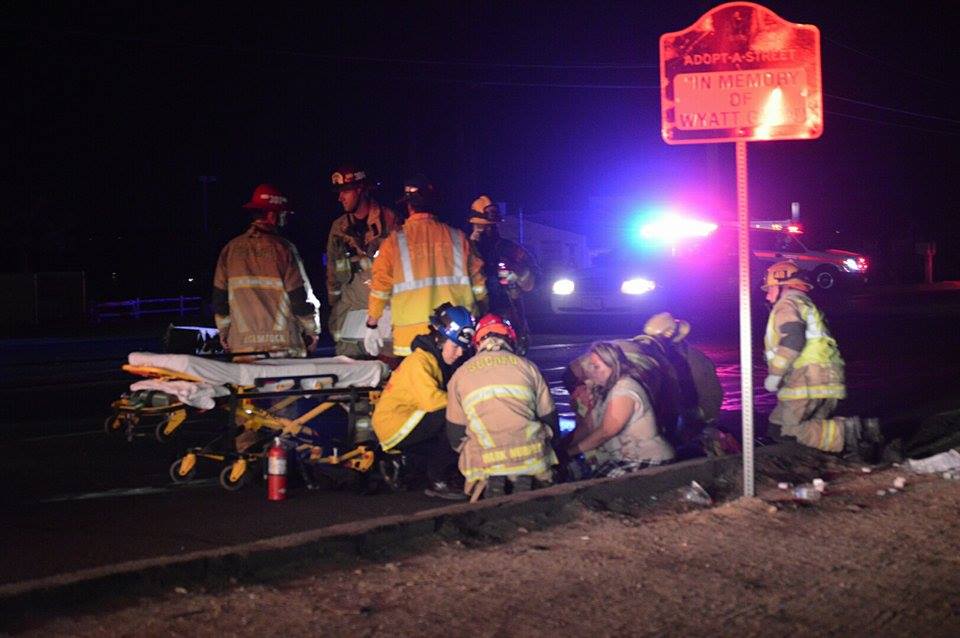 “The traffic collision investigation found that the Durango was driving eastbound on Main Street, ran the light and struck the GMC that was driving northbound on Cottonwood,” said San Bernardino County Sheriff’s spokeswoman, Karen Hunt in an email.

Three adults and two children were involved in the collision. The two children did not appear to be injured, but were transported as a precautionary measure. The adults were all transported for unknown to major injuries.

At this time, it is unknown if alcohol or drugs were a factor in the collision. East and Westbound lanes were closed on Main Street east of Cottonwood Avenue to Locust until about 10:30 P.M.