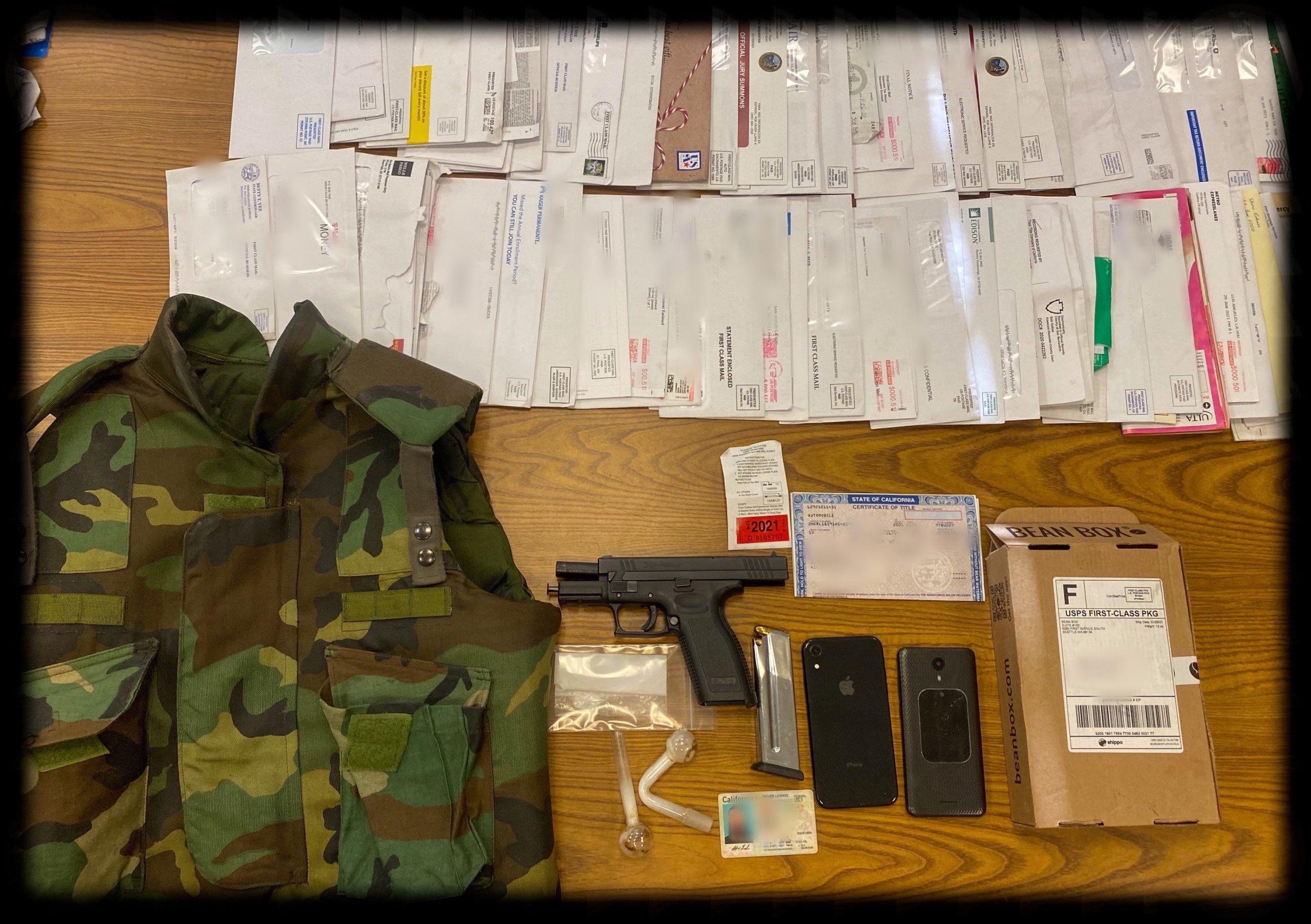 APPLE VALLEY, Calif. (VVNG.com) — A 36-year-old previously convicted felon from Hesperia is back in jail after he was found to be in possession of a firearm and stolen mail.

On Tuesday, February 2, 2021, at approximately 6:56 am Deputy Ponce, observed an older model Cadillac Escalade traveling westbound on US Highway 18 near Apple Valley Road in the Town of Apple Valley.

According to a sheriff’s news release, “the vehicle is in several mail theft videos posted in the Neighbors App.”

Sergeant David Alexander conducted a traffic stop on the vehicle near Stoddard Wells Road and State Highway 18, where he contacted the driver, Jeffrey Peacock.

“Peacock was wearing body armor and was found in possession of a Springfield XD .45 caliber handgun, ten rounds of ammunition, drug paraphernalia and over 100 pieces of US mail belonging to various victims throughout the High Desert,” stated the release.

Peacock was arrested and booked into High Desert Detention Center for felon in possession of a firearm and possession of stolen mail. He is scheduled to appear at the Victorville Superior Court on February 4, 2021.

Investigators believe there may be additional victims. Anyone with information about this investigation is asked to contact Detective Felix Arreola or Deputy Daniel Ponce at the Apple Valley Police Department at (760) 240-7400 or Sheriff’s Dispatch at (760) 956-5001. Callers wishing to remain anonymous are urged to call the We-Tip Hotline at 1-800-78CRIME (27463) or you may leave information on the We-Tip website at www.wetip.com.