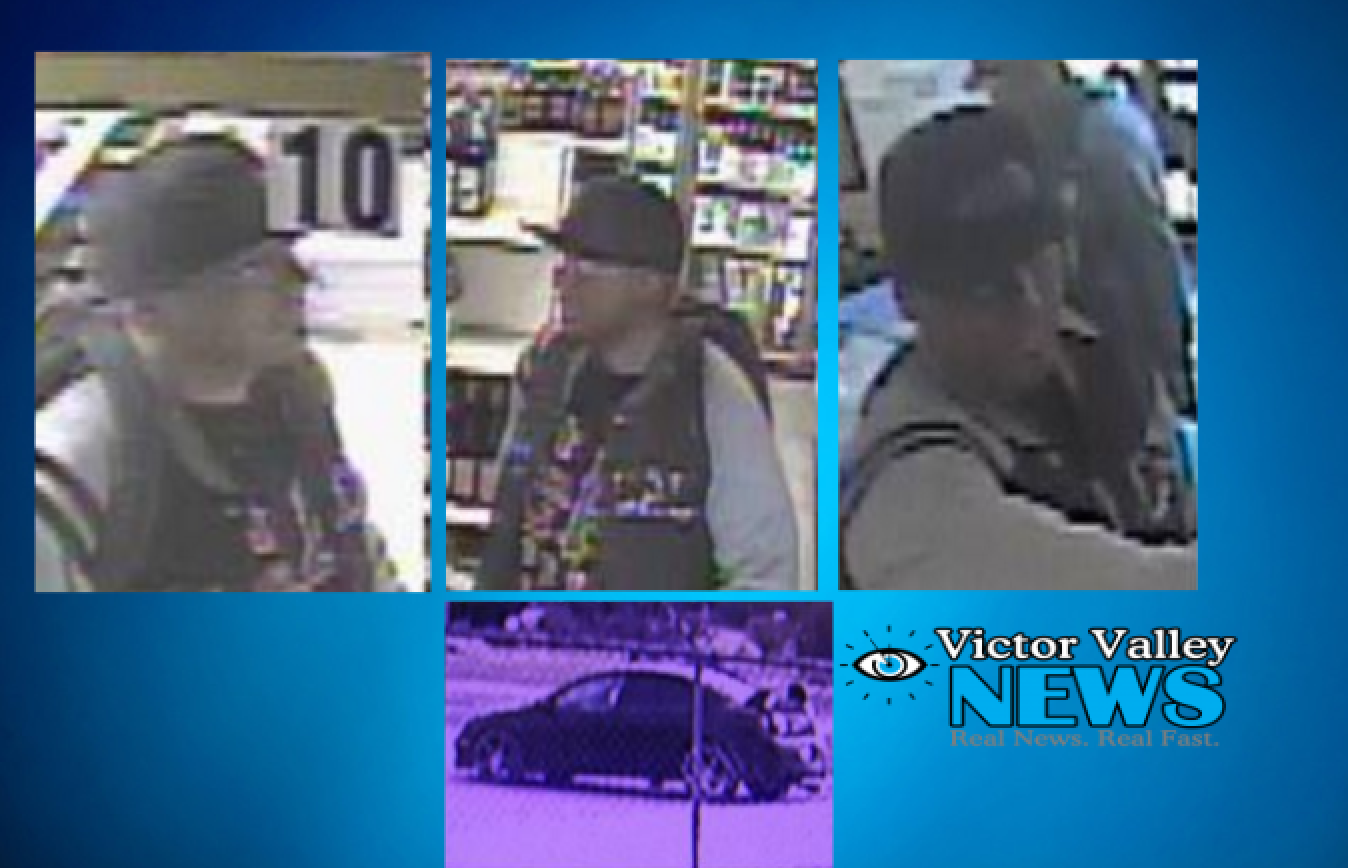 HESPERIA-(VVNG.com): Deputies from the Hesperia Station are releasing the surveillance photos of the suspect wanted for the Applejacks Liquor robbery on Wednesday. At around 6:17 p.m. the suspect entered the store with a small silver semi-automatic handgun. He demanded cash and merchandise from the owners, who complied with the demands.

The suspect’s face was covered with dark-colored makeup to disguise his identity. He fled on foot to a vehicle parked to the southwest of the location and went south on Tamarisk Avenue. The suspect is described as Hispanic or White, 5’6-5’8, 180-190 pounds, and was last seen wearing a black jacket with silver sleeves, a black hat, black shirt with orange or red lettering, blue jeans, a gray backpack and black tennis shoes.

He is believed to be driving a 2004-2010 Dodge Neon SRT-4 with chrome rims, and aftermarket exhaust. The color of the vehicle is unknown.

Authorities say that the suspect should be considered armed and dangerous.